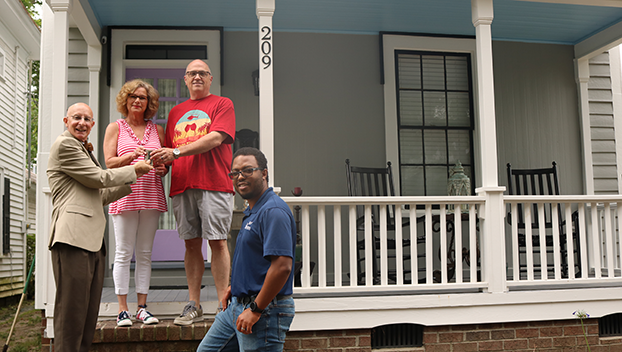 The penultimate Terrell Award for Good Neighbor has been awarded to Joan Cottle for her dutiful restoration of her historic home on East Main Street.

Cottle is the third to receive a Terrell Award for 2021, following the presentation of Best Residential Rehab to Kasey Stone for her ongoing renovation of the historic home at 238 East Main Street and the award for Best Commercial Rehab to the owners of Flying Pig Provisions during the first week of May. The Terrell Awards are put on by local realtor Scott Campbell of Coldwell Banker Coastal Rivers Realty in conjunction with the City of Washington to honor the historic properties in Washington’s residential and commercial districts. The final category, the Stewardship Award, will be presented to the winner over the next few weeks.

Cottle and her husband, Ronny, purchased the historic home on East Main Street in May of 2020. The pair had lived in Chocowinity in the Cypress Landing community prior to their move to Washington and sought out a home in the historic district to be closer to the shops and draws of downtown. 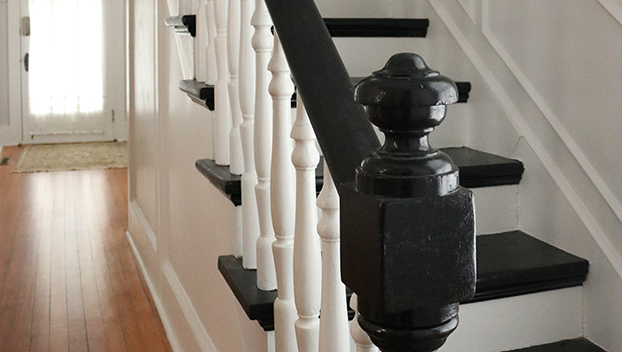 PRESERVING HISTORY: One of the home’s original features, the craftsman style staircase, has received a fresh coat of paint. Black and white were used to create high contrast and make a more dynamic talking point in the home. (Chelsea Hofmann / Washington Daily News)

“We really love the music scene in Washington and we’re kind of suckers for old houses. We renovated an old farm house right after we got married and something told us we needed to do that again,” Ronny Cottle said.

The home is listed on tax records as being built in 1904, but according to Ronny, the home has been a part of Washington since at least 1896. Before the couple purchased the home, the interior had been completely gutted of all original and replacement materials, meaning the Cottles had a blank slate when renovations began early last summer.

“The guy who owned the home before us put new sheetrock up and made the new walls,” Joan Cottle said. “He had this whole front area open and it was only separated by the original fireplace. The wall used to extend almost to the kitchen and we were struggling with what to do with the wasted space. Ronny put up a wall and it’ll be a great office once we’re done with it.” 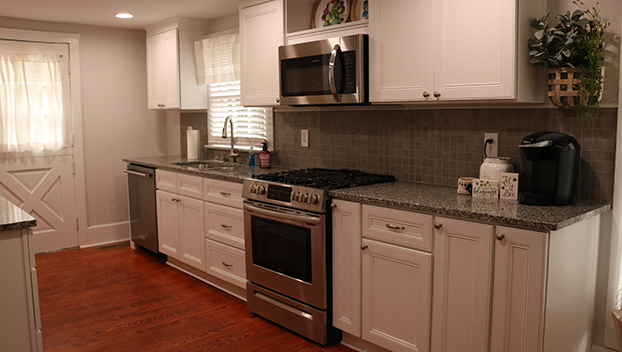 MODERNIZATION: The kitchen has been completely renovated by the Cottles and features the original hardwood floors along with modern conveniences like stainless steel appliances and brand new granite countertops. (Chelsea Hofmann / Washington Daily News)

The Cottles are still working on their home and have completely renovated their kitchen and living room, as well as the original staircase and upstairs bedrooms.

“I think we’ve come quite a long way in a year with COVID and everything, it kind of limited what we could do. Our original goal of moving here was to connect more with downtown Washington within walking distance and then everything shut down so we’ve been doing what we can on the house to make it a home,” Joan Cottle said.

The shelter is open Mondays through Fridays, with the exception of the public coming into the building freely. Due to... read more