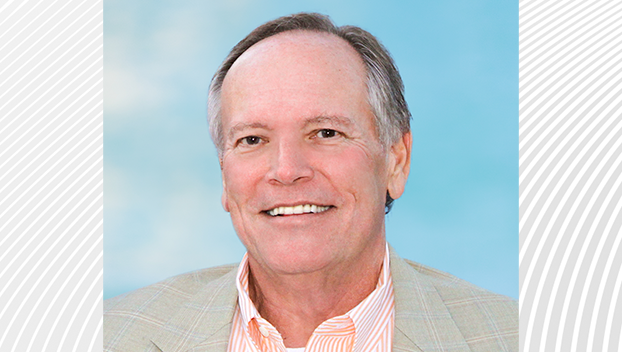 Dr. Kenneth Paul Manning, Sr. passed away peacefully at home early Sunday morning, June 6, 2021, with his wife by his side.

A native of Eastern North Carolina, Kenneth was born at his family’s home in Williamston on September 5, 1943 to the late Marie Joyce Spruill Manning and Asa James “AJ” Manning, Jr. His generation included 17 first cousins, 15 of which lived within a few blocks of his childhood home on Grace Street. Also within walking distance of his home, Kenneth was a member of First Christian Church where he attended his father’s Sunday school class. He graduated from Williamston High School in 1961 where he was a well-rounded student and excelled as a three-sport varsity athlete.

In 1971, Kenneth returned to Eastern North Carolina and established his orthodontic practice in Washington and then expanded to include offices in Williamston, Edenton, and Greenville. Passionate about orthodontics and his beloved patients and with the assistance of his wonderful staff, Dr. Manning handcrafted nearly 20,000 beautiful, natural smiles over the next 50 years. As a lifelong learner and teacher, he was a renowned national speaker and often brought his staff to these continuing education courses, exemplifying his commitment to constant growth for himself and others.

On July 13, 1985, Kenneth married Sharon Rhodes Parker of Washington at First Christian Church of Washington and they celebrated 35 years of marriage. Together, they were members of First Christian Church in Washington and Greenville. Kenneth treasured his wife and thrived as a devoted husband, loving father and grandfather, and true best friend to his wife and four children. Quality time with his family was what he cherished most in life. As an encouraging and dedicated father, Kenneth provided the opportunity and the environment for all of his children to excel at their chosen sports, educational pursuits, and professions, and he was consistently present to offer empowerment, guidance, and support. Kenneth found many ways to champion his children throughout their childhoods and into adulthood. He felt true joy in empowering and encouraging others, also coaching youth sports in Washington and Greenville and sharing his wisdom and relentless optimism with all. Kenneth instilled the values of family and heritage, gratitude, compassion, unconditional love, and generosity, as well as optimism, sincerity, lifetime learning, and personal growth in his wife and children, extended family, friends, staff, patients, and all who crossed his path. The depths of his love for all of God’s children knew no bounds — his abundant spirit of giving in many ways was perhaps one of his greatest and most admirable virtues.

Kenneth loved music, sports, time outdoors, world history, and culture and, like his father, he was very knowledgeable about historical events and had a continuous desire to learn more throughout his lifetime. Taking his family on trips around the country and the world brought him so much happiness, as together they broadened their minds and expanded on their knowledge and life experiences. He also enjoyed learning about local and family history and shared these stories in a way only he could. His famous “Family History Tour” would begin in Farm Life, Martin County and end in Edenton, Chowan County where his mother was raised, tracing back multiple generations in each region. Inevitably, Kenneth would incorporate valuable life lessons into each of his tours and trips with friends and family in an engaging, always entertaining, and enlightening way.

Kenneth often said his ministry in life was “love, kindness, empowerment, and excellence only.” He was described as a “presence” – one who could share life-changing wisdom one moment and then send a friend into a fit of laughter from across the room with a playful hallmark expression, simple wink, and that big, beaming smile. Kenneth’s exceptional, one-of-a-kind sense of humor was unforgettable. His quick wit, charisma, and upbeat, joyful energy, as well as his generosity, endless positivity, undeniable wisdom, and magnitude of love will be deeply missed. Kenneth’s steadfast enthusiasm for and profound love of life was a blessing to many and he will be remembered with the fondest, happiest, and most wonderful of memories.

To honor his wishes, a private service and celebration of life will be officiated by Rev. Jacob W. Kines, Jr., Ph.D., of First Christian Church of Washington at a later date. Burial will take place at Oakdale Cemetery of Washington.

Kenneth’s favorite biblical scripture which he knew by heart and shared often was Psalm 23. He would often emphasize and recite to his family most affectionately, “My cup runneth over.”

In lieu of flowers, please read Kenneth’s favorite books, “As a Man Thinketh” or “As a Woman Thinketh” by James Allen, and consider how these lessons may be applicable, impactful, and empowering to your life. Kenneth kept a steady personal stock of these books and occasionally gifted these copies to others — just one of the many small and touching ways he extended and amplified that beautiful positive energy and great, generous love that God placed in his heart.