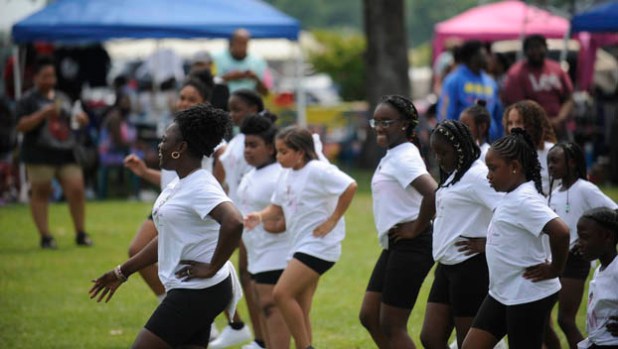 Myeesia Howard Martin, owner of the Dollz In Motion Dance Studio, led about 60 of her students in a performance at Beebe Park during the Juneteenth Celebration. (Brandon Tester / Washington Daily News) 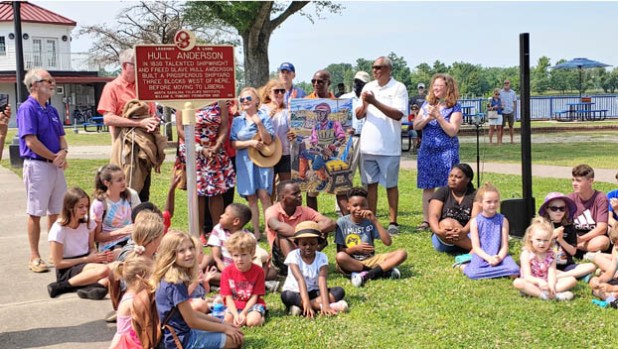 The children who attended Juneteenth activities with their parents were invited to sit at the base of the new Hull Anderson historical marker, where they sang an impromptu song to those in attendance, while Mayor Donald Sadler and event organizers looked on. (Karen Thiel) 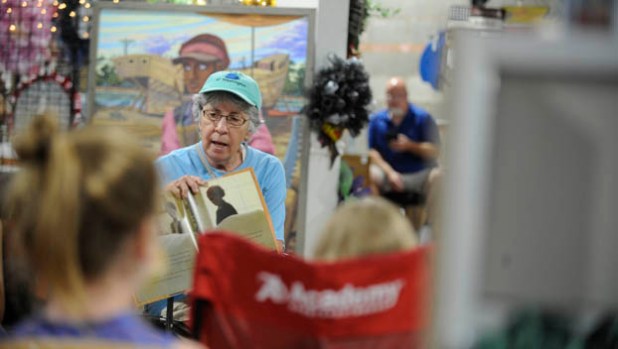 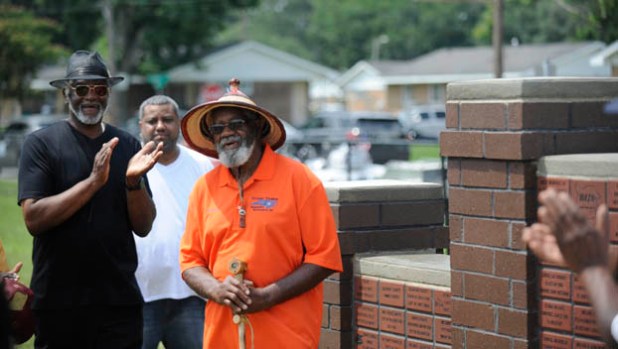 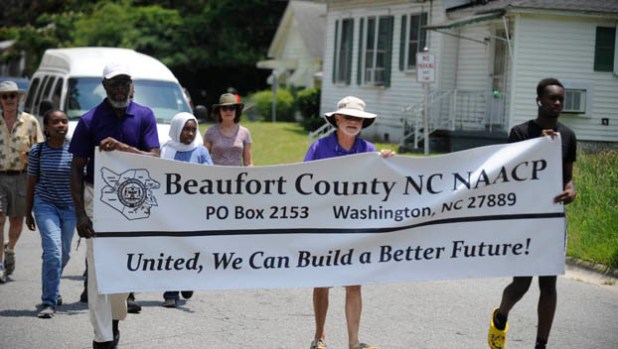 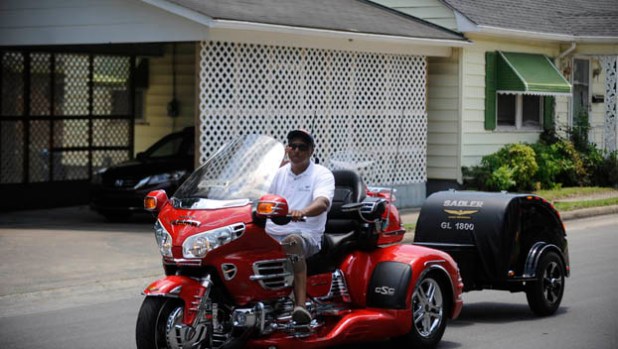 Juneteenth commemorates the day in 1865 when federal troops arrived in Galveston, Texas, and announced that the Civil War was over and the enslaved were free. That happened two years after the Emancipation Proclamation was put into effect. It couldn’t immediately be implemented in some Confederate territories including Texas, the westernmost Confederate state.

A diverse crowd gathered in downtown Washington and at Beebe Park for events that took place throughout the day. The new Hull Anderson Marker was unveiled at Crab Park, followed by tours of the Washington Waterfront Underground Railroad Museum, a children’s’ “read-in” at the Harbor District Market, a poetry reading and historical art exhibit at the Turnage Theatre, a community prayer walk along the new “Freedom to Prosperity Walking Trail” led by the Beaufort County NAACP, dedications and activities for all ages at Beebe Park, and a meet-and-greet with cast members of the movie “Freedom of North Carolina” followed by a showing of the movie “Harriet” at Freedom Park.

“It really touched my heart that so many came to see that dedication, people of all colors and ages. It was a wonderful mix,” said Leesa Jones, co-founder of the Underground Railroad Museum and author of several histories, including an article about Hull Anderson that helped convince members of the Historic Port of Washington Museum Project to create and place the marker in that prominent spot.

Anderson was born into slavery in 1784. He learned a trade in Washington’s ship building industry and saved enough money to buy his own freedom in 1825, eventually paying to free his mother and his wife. Anderson also acquired properties, built a successful shipyard and coffee business, did missionary work and became what Jones described as “the stuff of which legends are made.”

More than a dozen children warmed hearts as they gathered in front of the new marker and sang for the crowd of close to 100 people.

“It was the perfect example of diversity –  past, present and future – as those children sang to city officials, their families, and people of all ages and races. We tried to show how everybody in their own way can be an abolitionist in terms of generosity and kindness,” said master of ceremonies Gillian Hookway-Jones, who is a member of the Historic Port of Washington Project.

The activities continued at Beebe Park, as about a dozen local start-up business owners sold their wares, representatives from the Democratic Women of Beaufort County ran a voter registration booth, a contingent of the New Black Panther Party used a megaphone and handouts to encourage unity among African Americans, and Myeesia Howard Martin, owner of the Dollz In Motion Dance Studio, led about 60 of her students in a performance for the crowd.

“We had a little talk before they got here, about what Juneteenth stood for and why we celebrate it,” Martin said.

The youngsters also learned that Martin’s grandmother had been a slave. “It told them y’all enjoy being here, because it wouldn’t be possible if Juneteenth had never occurred.”