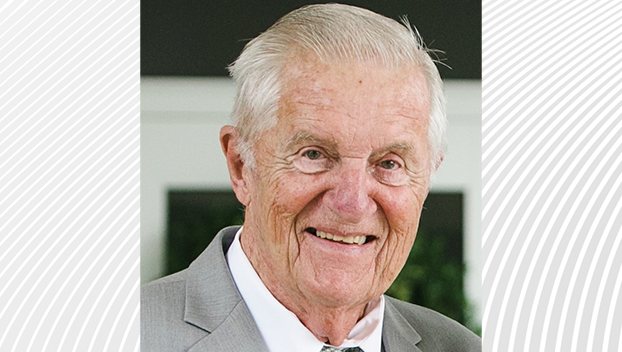 John K. Hoyt, 87, of Greenville, NC entered his heavenly home on Thursday, June 17th, 2021.  He was born on May 13, 1934 to the late John Keais Hoyt and Elsie Benthall Hoyt.  John grew up in Washington NC and graduated from Washington High School where he excelled in Basketball and Football.  He went to the University of NC at Chapel Hill where he was a member of the Phi Gam Fraternity and graduated in 1957.  After graduating from UNC, John started his career with Wachovia Bank in Wilmington NC in the Sales Finance Division.  He worked with Wachovia for 42 years, spending most of his career in Kinston NC, where he and Judy raised their three children and developed many lifelong friendships.  Throughout his years in Kinston, he was a member and servant leader at St. Mary’s Episcopal Church.

After Judy’s death, John married his second wife JoAnn.  Upon his retirement from Wachovia they moved to Wilmington.  While in Wilmington, John was a member of St. John’s Episcopal Church and was actively involved in the Mother Hubbard’s Cupboard and the Unseen Guests Ministry.  He was an avid tennis player until the age of 80 and participated in many Senior Games National Tournaments.  John was a devoted husband, loving father, grandfather, and great grandfather and friend to so many.

After the passing of his second wife, John moved to Greenville to be near his children.  He was an active resident of the Cypress Glen Retirement Community for nearly five years where he rekindled many old friendships from Washington and Kinston. He never met a stranger, and many jokingly referred to him as the “Mayor” of Cypress Glen.  He joined St. Paul’s Episcopal Church and served in the Food Pantry Ministry as long as his health allowed.

The family will have a private graveside service at Westview Cemetery in Kinston, and a Memorial Service at a later date to be determined.

Online condolences may be directed to:  www.wilkersonfuneralhome.com.