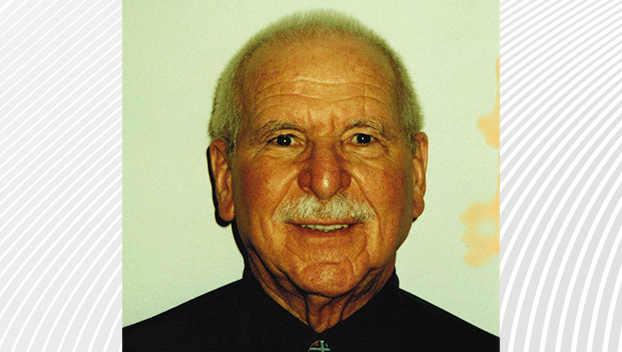 Mr. Ernst John (EJ) Niederbuehl of Washington, NC was born in 1929, and peacefully passed away Friday June 25, at his home after a long illness. His parents, Joseph, and Maria Magdelena (Weiler) Niederbuehl, sisters Matilde and Margret, brother Wilhelm, predeceased him. Ernst will be greatly missed by his wife of 47 years, Linda (Rosalind) family members and many friends.

Ernst came to the USA in 1951 when he was 21 years old. He spent 2 years in the US Army and with the GI Bill was able to attend Marquette University in Milwaukee, WI where he earned his degree in mechanical engineering. During this time, he began work at General Motors and went to school nights. After graduating in 1964, he went to Augsburg, Germany with GM to support development of a tracked military vehicle, a joint US/German venture. After this he came to Detroit, MI where his work with GM entailed design and system integration of tracked armored vehicles. GM later sent Ernst to M.I.T. in Boston to earn his master’s degree.  This was the time when America was gearing up to go to the moon.  Ernst was handpicked to join the design team with Drs. Draper and vonBraun to help design the guidance systems for the Apollo 11 moon lander.  He spent 30 years with GM and before his retirement in 1987 he had one final, big project in London, Ontario, Canada. Designing and building a light armored vehicle (L.A.V.) for the US army.  The vehicle had bullet-proof tires and was also amphibious. The battle tanks in the Middle East are modeled after the tank.

Ernst always loved sailing. He and Linda spent over 15 years in the Great Lakes racing and often winning regattas.  Many Port Huron-Mackinac races were under his belt and in 1983 he and his crew on TIGRESS won first in division and first overall in this prestigious regatta.  The dream was always there to go “cruising”, and in 1990 Ernst, Linda, and a crew of 4 sailed in the Newport-Bermuda race.  This was a springboard to keep on going to the Mediterranean where he and Linda spent 8 years cruising and enjoying all the wonderful and exciting places Europe and Asia Minor offer.

In 1997 Ernst and Linda sailed into their boat slip at Pamlico Plantation after crossing the Atlantic.  They built their dream house and enjoyed being landlubbers. The itch was still there after a few years and one final cruise aboard TIGRESS was planned.  Mexico and Cuba for the winter. A letter from friends in France raving about the cheese and the wine changed that.  The next 7 summers were spent in a canal boat in France.  There is very little that was missed in his life and there are no regrets.

In his later years, dementia stole his many memories.  He was surrounded by Linda and loving friends and neighbors and the many mementos of his travels.

There is no funeral as per his wishes.  In lieu of flowers, memorials can be made to the Alzheimer’s Alliance.

Paul Funeral Home & Crematory in Washington is honored to serve the Niederbuehl family.