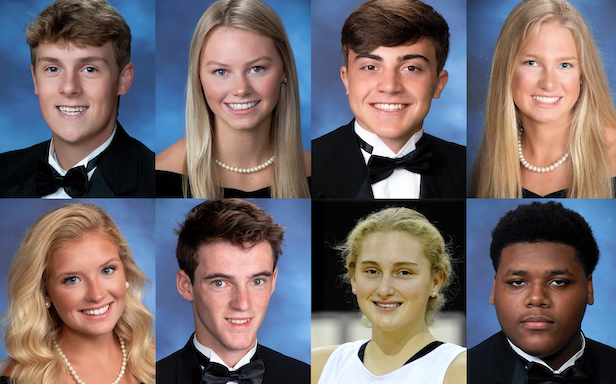 Caleb Alligood and Kathleen Slade were named Male and Female Athlete of the Year.

Sam Vansant and Caroline Boyd were the Male and Female Scholar Athlete of the Year.

“All eight of these seniors represented Northside Athletics in an impressive manner,” athletic director Jared Adams said. “They had great success on the field and in the classroom and were a pleasure to coach. We’re excited to see what the future holds for them and we wish them the best.”

Alligood qualified for the state golf tournament, led the baseball team in most offensive categories and started on the basketball team.

Slade started on the volleyball team, led the softball team to the state playoffs with a .506 average and a 1.09 ERA and won the high jump at the state track and field meet.

Vansant earned All-State honors in football as a defensive back and helped the Panthers to the 1A state championship game. He also played baseball and basketball.

Boyd qualified for the state cross country meet and ran in two events at the state track meet.

Wilson was third team All-state as an offensive and defensive lineman and qualified for the state track meet in the shot put, while Godley was part of the Panthers volleyball team that competed in the state tournament and the East runner-up basketball team.

Modlin made second team All-State in football as a receiver/kick returner and also played baseball, while Chase played volleyball and softball.