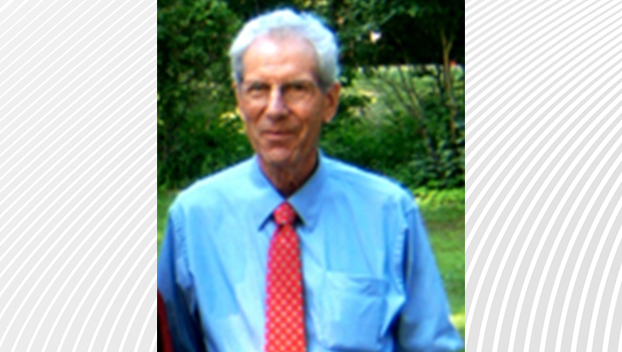 Born June 29, 1932 in Hertford County, he grew up in Ahoskie with his parents, John Jensen Hill and Winifred Braswell Hill, as well as his older sister, Joan Hill Upchurch, and many good friends.  His love of flying began as a young boy, when a local World War II pilot buzzed his hometown in a B-17. Later, he worked for his father in the printing room of the local newspaper and then, at 14, became the newspaper photographer, traveling with the reporters for various events.  With his mother’s help, he purchased supplies to make prints of these events to sell to participants in these groups.  With the proceeds, he took flying lessons and obtained a private pilot’s license. For the last two years of high school, he photographed all the groups and took snapshots for the yearbooks.  With four or five other Boy Scouts, he completed the Eagle Scout Badge.

After finishing high school, he joined the Navy and served on the SS 422 submarine during the Korean War.  He also studied and completed his commercial pilot’s license while in dry-dock, as he always said, “I was the only commercial pilot on my submarine.”

Using the GI Bill and the money earned after a summer as an Aerial Applicator (crop-duster) he attended the Embry-Riddle and University of Miami’s Aviation Business Administration Program for a year before obtaining a job with Capital Airlines. With Capital he flew as first officer on the DC-3, DC-4, and the Viscount. After Capital Airlines merged with United Airlines, he flew as captain of the DC- 6, DC-7, DC-8, DC-10, Viscount, Boeing 727, Boeing 747, and Boeing 747-400, for a total of thirty-six years with the airlines.  During that time he served the Airline Pilots Association as their Authorized Accident Representative and received United’s “Captain of the Year” award for the JFK Flight Office in 1990.

He also flew sail planes for fun and in 1980 achieved the Diamond Badge, which requires a 16,404-foot altitude gain and a 310.7-mile cross country flight—achieved by finding and flying air thermals.

He always practiced safety in the air and on the ground.  In 2011 he received the FAA Wright Brothers “Master Pilot” award for practicing and promoting safe aircraft flight operations for fifty consecutive years.  Jack was an original member of the Washington Warren Airport Advisory Board. The conference room at the airport is dedicated as “The Jack Hill Conference Room” to honor him.

Many people provided and received his love during his eighty-nine years. His parents and sister are deceased, as is his first son, Wiley Jay Hill.  His second son Timothy Ross Hill and his two grandsons, Keith and Peter, gave him much joy and love.

Jack is also survived by his three nieces and a few second cousins.

Glinda’s deceased mother, her seven siblings, and her son and daughter, Michael and Diane LaViano always loved Jack because he was a good man and gave their daughter, sister, and mother much happiness.

A celebration of his life will be held at The First Presbyterian Church of Washington, 211 Second Street, on Saturday, July the 10th at 3 p.m.  A reception in the fellowship hall will follow.

In lieu of flowers, memorials may be given to Eagle’s Wings Food Pantry, where he packed up to 200 bags of food on any given Tuesday for several years or to the First Presbyterian Church’s deacon’s fund for the needy in the neighborhood or the Methuselah Fund for the Presbyterian Women’s outreach to the homebound.