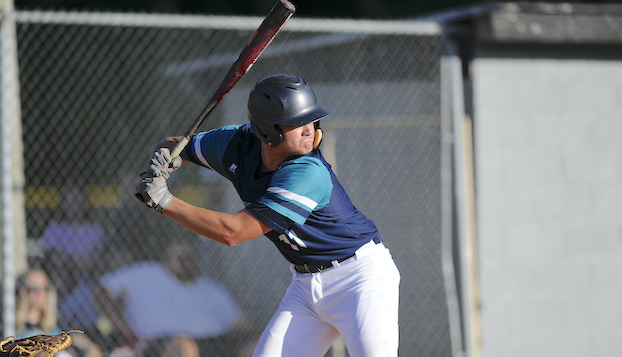 Seahawks junior catcher Shawn Gerard led the Coastal Plains 1A conference in most offensive categories and was solid behind the plate. (Ashley Vansant/Washington Daily News)

Southside catcher Shawn Gerard led the Coastal Plains 1A conference in most offensive categories and anchored the Seahawks defense from behind the plate.

His efforts during the COVID-19 shortened season paid off as the league’s coaches voted him the conference Player of the Year.

“His swing is tremendous and he’s gained more power as he’s grown and gotten stronger,” Southside coach Daniel Folk said. “We knew something good could happen every time he came to the plate and nobody tried to steal on him because of his (strong) arm. He’s developed into a vocal leader, which is what you want from your catcher and I’m excited to see what his senior year holds.”

Gerard hit .422 with three home runs and 23 runs batted in during the 14 game season.

Stallings hit .310 and made only one error at first base, while Moore batted .333 with 20 runs scored and 13 stolen bases.

“Hundley was terrific at first base and got some key hits for us,” Folk said. “Matt was our ace and had great command with a much-improved change up. Tequan was our leadoff man and jump-started our offense when he got on base. He is a tremendous athlete who played four sports as a freshman.”

Stallings was the only Southside senior in the group, while Boyd is the only returning player for Northside.

“Cam and Caleb were our top two offensive threats and he (Cam) and Keifer were solid defensively at shortstop and second base,” coach Keith Boyd said. “Ryan gave us a chance every time he pitched and improved every time out.”

Cornelius will pitch at North Carolina Wesleyan, while Craig will play at Methodist University.

Stallings is headed to Missouri Valley College in Marshall, MO to play football.