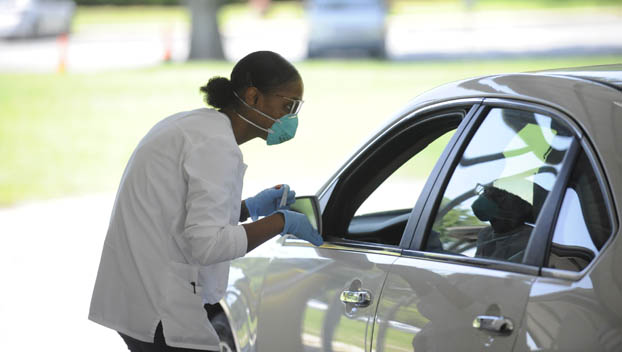 During the month of July, COVID-19 testing is available from 8:15 – 11:30 a.m., Monday-Friday at the Beaufort County Health Department. Vaccination appointments are also available. To set one up, call 252-940-6150 or visit https://app.acuityscheduling.com/schedule.php?owner=21631584. (Brandon Tester / Washington Daily News)

The Beaufort County Health Department is encouraging more people to get vaccinated as the Delta coronavirus variant spreads around the world, causing a surge of cases in nearby regions.

“The people that have not been vaccinated are the ones I’m concerned about,” Madson added, “because the vaccine does have a good bit of protection against the variant. Even if you have been vaccinated and were to catch the COVID Delta variant, you would be well protected against hospitalization. You may still get a little bit sick, but you shouldn’t be hospitalized.”

In a press release Thursday, the North Carolina Department of Health and Human Services noted that since May more than 99% of new COVID-19 cases in North Carolina have occurred in people who aren’t fully vaccinated.

“Vaccines remain the best protection against COVID-19, including against the Delta variant,” State Epidemiologist Dr. Zack Moore said in the release. “Nationwide, more than 50% of new cases are now caused by the Delta variant, and the number of Delta variant cases is rapidly increasing in North Carolina.”

As of now the Delta variant isn’t a major concern locally, but it is one of several variants on the radar. Madson referenced data Vidant Health provided from its coverage area. That data listed each variant as either “variant of interest,” meaning Vidant is monitoring it but not necessarily concerned about it at the moment, or “variant of concern.” The report lists the Alpha, Beta, Gamma, Delta and Epsilon variants as variants of concern. Iota and Zeta are variants of interest. Alpha is currently the most prominent variant in the Vidant area. Delta is the most contagious of all of the strains.

“We have had very few Deltas in our area,” Madson said. “But like I said, Bladen County’s not too far from us.”