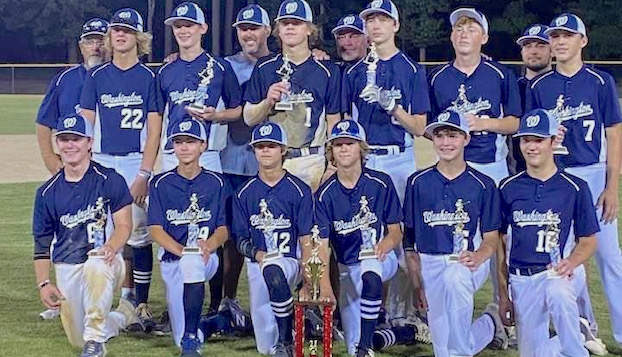 The 8U, 10U and 15U All-Stars won their district tournament championships earlier this week at the Susie McConnell Sports Complex in Washington.

The 8U championship game against South Edgecombe was rained out Thursday and was completed after this edition went to print. However, since the 8U state tournament has 16 teams, two from the eight districts, both will qualify.

The 10U team defeated another Washington squad to advance, while the 15U All-Stars beat Chocowinity twice to nail down the district title.

“It’s the first time in a long time, if ever, that we’ve had three teams make it to the state tournament,” WYBL president Will Tyson said. “We are proud of the way all our volunteers, parents, coaches and players worked hard as hosts to make our district tournament a success. The city grounds crew also did a great job getting the fields ready for games. We are glad that the state tournament is in Williamston, so families can commute and the kids can sleep in their own bed. It will be fun to see how our guys do.”

Tyson said the last state champion from the WYBL was the 2011 12U team when the league was part of the state Babe Ruth organization.

The state tournament is a double-elimination format and will end the WYBL season as there is no regional or national tournament.