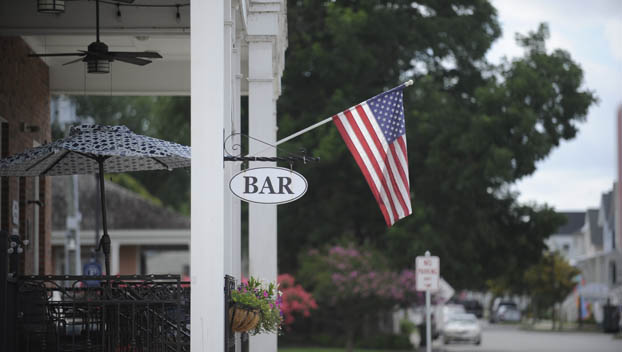 Live music is back in full force at venues across downtown Washington after a lengthy hiatus due to the COVID-19 pandemic.  Owners of those venues want to make sure their voices are heard as the city works on adding significant updates to its noise ordinance, which directly affects how and when live music can be played.

“(Washington Police) Chief (Stacy) Drakeford has been working on gathering some information as far as the noise ordinance, and our amplification permit and the fees associated with this,” City Manager Jonathan Russell said during a City Council meeting Monday. “And with growth, we’ve run into these issues where we have a mixed-use environment, where residential meets commercial, and how that blends together. And that’s something we’ll have to work with moving forward to find a compromise.”

“We’ve run into an issue with some of the businesses in our community that are having a lot of entertainment a number of times in the month,” Russell said in June. “Maybe putting a burden on them that they feel is unfair.”

A vote to waive that $50 fee was on the agenda for Monday’s meeting, but it was removed because the city is still researching the matter.

Russell also said the city’s noise ordinance needs significant updates. It is currently about a page and a half; Russell said about eight to 10 pages will need to be added in order to keep the ordinance constitutionally sound.

Beth Glisson, who identified herself as a “former owner and still somewhat of a silent partner” in Parley’s Sip & Steam, came to Monday’s meeting and asked the city to make sure local business owners who deal with live music have a seat at the table when the noise ordinance is discussed and updated. Located near the Washington waterfront, Parley’s is one of several venues that routinely hosts live music.

“We want to be a part of the solution, but we want it to be fair for those who are providing entertainment, those who are bringing revenue into the city,” Glisson said.

“Washington, to me — one of my earliest memories of coming here as a child was for summer festivals, for music, for enjoyment, for entertainment,” Glisson said. “And we know that’s still a very big part of living (here), especially on the waterfront, and visiting the waterfront. What we have encountered though, is that Parley’s seems to be being targeted. And we realize it’s in close proximity to some neighborhoods, but no different than your other restaurants such as Ribeyes, Backwater Jacks that have adjacent neighborhoods or apartments above or beside them.

Glisson said she recently went to Backwater Jack’s while live music was playing. With a decibel meter in hand, she went to a boat launch near the restaurant.

Glisson emphasized that the enforcement of the noise ordinance and its associated fees should be equal across all live music venues.

In the public comment session of Monday’s meeting, two others came forward to speak about the noise ordinance. Like Glisson, Washington resident Conoley Blake claimed that enforcement of the noise ordinance has been unfairly targeted toward certain businesses. She asked City Council to rectify that and also consider doing away with the $50 permit fee.

“Noise is a problem in the city,” Taylor said. “I talked to Stacy (Drakeford), and Stacy’s been very nice in trying to work with us along those lines. I want everybody to be able to make a living in Washington. But again, the noise level — you need to take into consideration the folks that live in the area.”