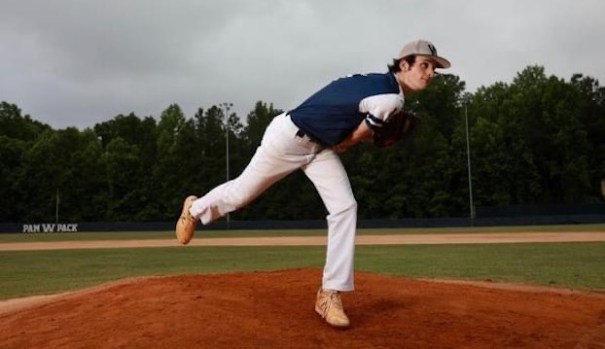 Senior Mason Weaver prepares to pitch. He averaged more than one strikeout per inning and pitched a no-hitter this season. (Bobby Davis/For the Washington Daily News) 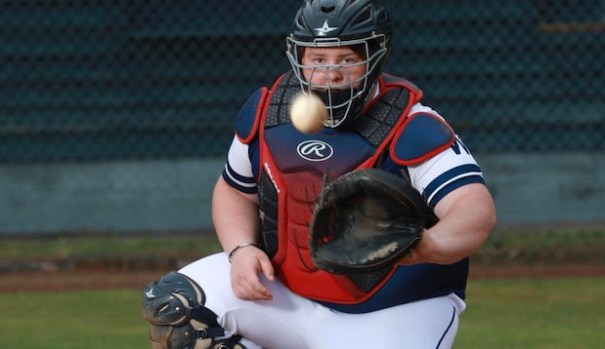 Seniors Mason Weaver and Robert Pollock were recognized along with sophomore Austin Cherry.

Weaver pitched a no-hitter in his first start against Kinston and added two hits. He had 32 strikeouts in 27 innings on the mound and hit over .500 in conference games. Weaver earned the Offensive Player of the Year award and shared the Coaches Award with Pollock, who caught all of Weaver’s starts.

Pollock hit over .400 in conference play after joining the team when the spring football season ended.

Cherry, a sophomore infielder hit over .400 in league play and was named the Pam Pack’s best defensive player. He also had seven multi-hit games.

“These guys were productive players and helped us succeed during an odd year,” coach Lane Raper said. “Mason had a good year at the plate and on the mound, while Robert was steady behind the plate once football season ended. Austin was a pleasant surprise as he developed quickly in his first full season on varsity. He could play multiple positions and started our offense from the lead-off position in the batting order.”