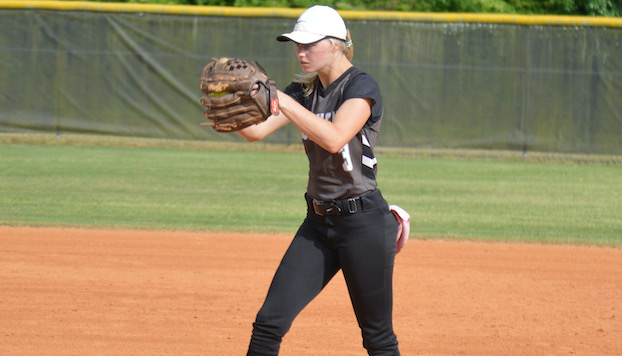 Northside pitcher/shortstop Kathleen Slade was voted Coastal Plains 1A conference player of the year after helping the Panthers to a 12-0 league season and a spot in the 1A state playoffs. (Steve Barnes/Washington Daily News)

The Coastal Plains 1A Conference coaches named Northside senior Kathleen Slade as the player of the year and five teammates joined her on the All-Conference team.

They finished 14-2 after a second-round state tournament loss to Vance Charter.