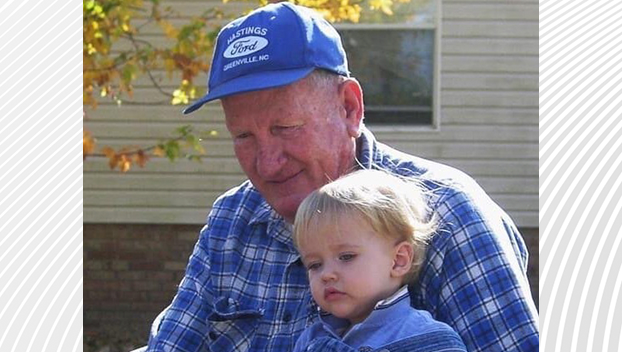 Mr. Frank Felton Allen, Sr., age 93, a resident of Pantego, NC passed away peacefully at home after a courageous battle with cancer on Friday, July 16, 2021.

Funeral services will be held at 4:00 PM Tuesday, July 20, 2021 at Union Grove Church of Christ and will be officiated by Ethan Coltrain and Rupert Wallace.  Burial will follow in Davis Cemetery.

Charles Allen, Jeremy Clark, Casey Bratlie, Kyle Collins and Kord Collins will serve as pallbearers.  His grandchildren and the Elders and Deacons of Union Grove Church of Christ will serve as honorary pallbearers.

Mr. Allen was born August 3, 1927 in Pungo, NC to the late William Elden Allen and Ina Dunbar Allen.  He graduated from Pantego High School.  On January 27, 1951 he married the former Mary Jane Rose. Mr. Allen served in the military from July 1945 to June 1952, first in the Navy during World War II and then in the Army during the Korean War. He worked in Civil Service at the Norfolk Naval Base and the Department of the Army at Ft. Monroe, Newport News, VA until retirement.  Mr. Allen was an active member of Union Grove Church of Christ serving as a Deacon and Sunday School treasurer.  He was a member of the Pungo Ruritan Club, Pungo River Volunteer Fire Department, the VFW and the American Legion.

In lieu of flowers, memorials may be made to the American Cancer Society, 930-B Wellness Drive, Greenville, NC  27834.

Paul Funeral Home of Belhaven is honored to serve the Allen family.