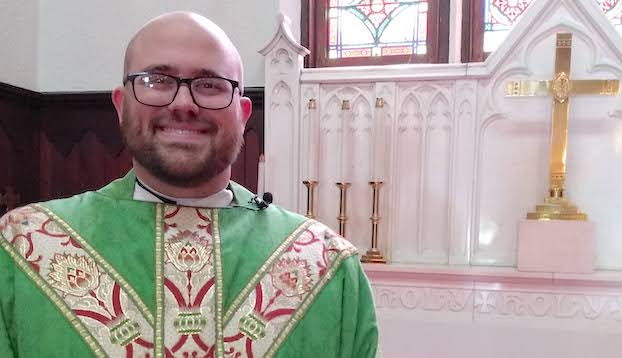 Adams had been rector at Trinity on the Hill, Los Alamos, NM since 2015 and began leading St. Peter’s in early June after moving to Washington with his wife Julia and son Jude.

He is quite familiar with Eastern NC, having attended East Carolina University, Duke Divinity School, and Virginia Theological Seminary.

Adams is also bi-lingual and will lead the Spanish speaking service every Sunday at noon in the chapel following the 10 a.m. English service in the church.

There are also services in English on Wednesday at 7 and 11 a.m. in the chapel.