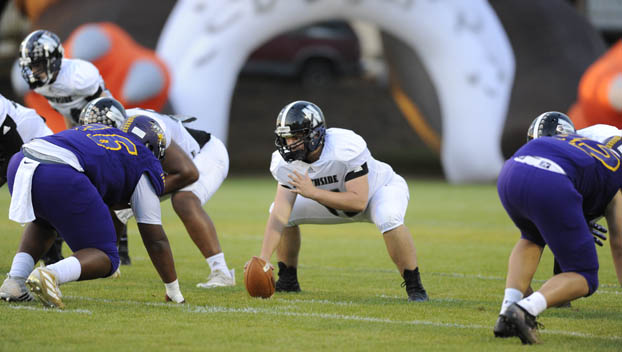 RALEIGH (AP) — Legislation that would end the North Carolina High School Athletic Association’s century-long role overseeing state interscholastic sports cleared a Senate committee Wednesday, despite calls by some to keep the nonprofit in charge, with adjustments.

The Republican-authored bill would create a new North Carolina Interscholastic Athletic Commission that in fall 2022 would enforce student eligibility rules set by the State Board of Education and adopt and enforce game rules and officiating and sportsmanship standards. Private schools also could no longer compete for titles with public schools, which the commission would solely govern.

The bill is the product of lawmakers who say the independent association, which began in 1913, is not using its power to primarily benefit student-athletes and its member schools. They also point to the association having amassed $40 million in assets, even as some schools struggle to raise money for uniforms and equipment.

“This bill is solely about accountability and transparency,” Sen. Todd Johnson, a Union County Republican, told the Senate education panel. “It is what we demand in every single aspect of state government.”

The new commission, composed of nine gubernatorial appointees and eight appointed by legislative leaders, will be independent but sit in a state government department. Separate panels also would be created by the education board to hear eligibility appeals and by the commission to hear game appeals. Johnson said the current appeals process lacks independence from association leaders making initial decisions.

Committee Democrats said they appreciated examinations by Johnson and other colleagues that revealed the need for changes at the organization. But they said doing away with the commission was premature.
“Is the athletic association perfect? Absolutely not. I think we’ve shed light on that. Is it worth a complete dissolution? No,” said Sen. Jay Chaudhuri, a Wake County Democrat, adding “this proposal brings an axe to the athletic association.”

Johnson replied that association leaders have been uncooperative toward finding legislative solutions. “At some point in time you got to fish or cut bait,” he said.

NCHSAA Associate Commissioner James Halverson told the committee Wednesday the group’s board has made changes recently to benefit member schools financially, including paying premiums for the schools’ catastrophic insurance payments. He said the association finances have been misrepresented.

“The NCHSAA is not hoarding money, simply put,” Halverson said. “The NCHSAA has responsibly governed high school athletics for the state of North Carolina for 110 years. and I ask you to continue to work with us to improve what we do for students.”

The bill, which now goes to another Senate committee, would have to pass the full Senate and House before reaching Democratic Gov. Roy Cooper’s desk.

State schools Superintendent Catherine Truitt, a Republican, backed the bill in an email statement Wednesday, saying investigations by her agency and the State Board of Education showed “an overhaul was necessary in how our high school athletic program was governed and structured.” Board Chairman Eric Davis did not endorse specifically the measure in his own statement but said education officials are committed to “transparency, fairness and accountability in our athletics programs.”