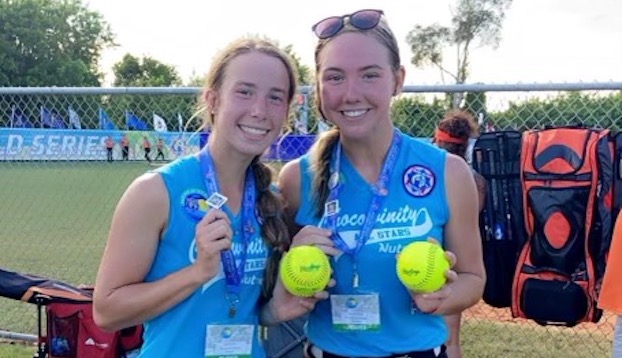 The Chocowinity 16U All-Stars jumped out to an early lead, then held off a late rally to defeat the Wisconsin Fastpitch Academy, 7-4, Thursday at the Babe Ruth World Series in Jensen Beach, Fl.

The All-Stars scored three runs in the first inning, one in the second and two in third for 6-0 lead, then survived a four run fifth inning for Wisconsin to raise their record to 2-1 after two days of pool play.

Jaden Clark went 2-3 with her first home run, a double and two runs batted in to lead a nine hit attack. Seven All-Stars had one hit, including Taylor Willard’s two-run double.

Clark allowed four hits and one earned run in six innings to claim the pitching victory. She struck out two and walked one.

Pool play concludes Friday morning as the All-Stars play at 8 a.m. and again at 10 a.m.

A sweep would give them the second seed when bracket play begins Saturday.