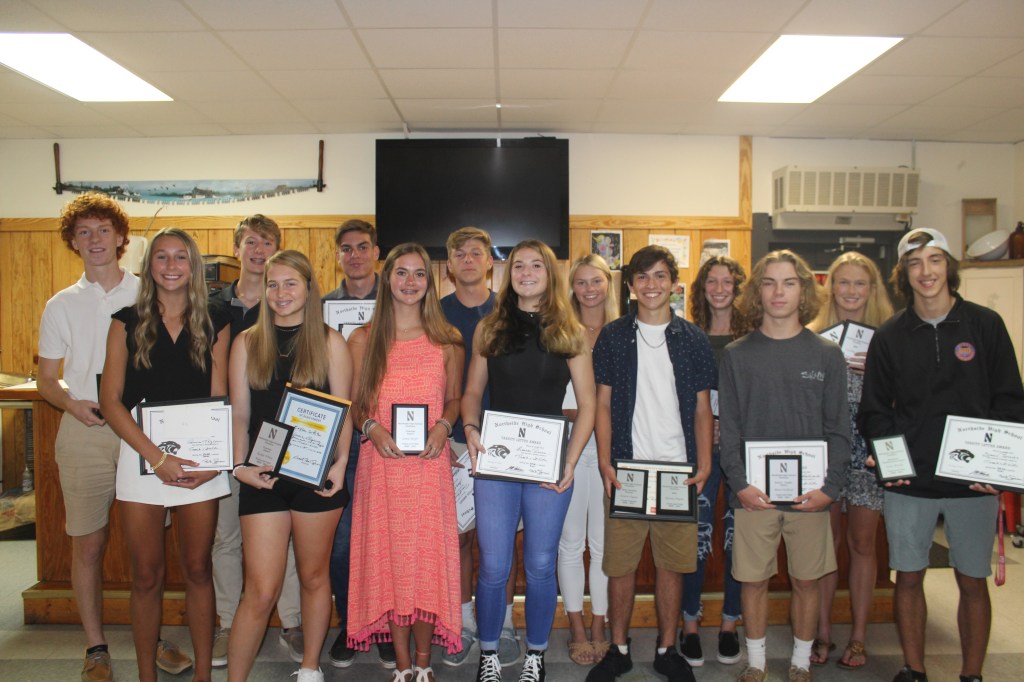 The track and cross country programs presented a special award to Sam and Cathy Windley to recognize their support for both programs over the past three years. They helped supervise the cross country course, provided snacks and drinks to the runners and helped keep time at events.