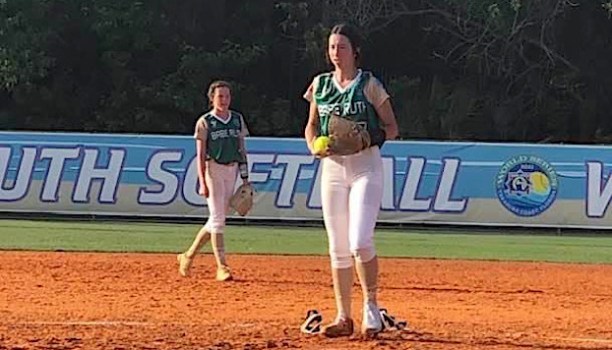 Bella Boykin helped the Chocowinity 16U All-Stars advance to the 16U Babe Ruth World Series semi-finals with a one-hitter Saturday. (Submitted photo) 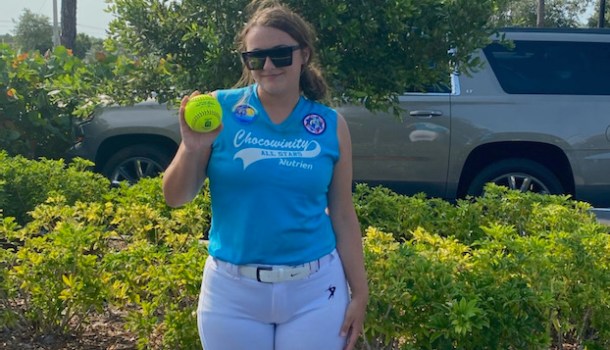 Bella Boykin pitched a one-hitter to lead the Chocowinity All-Stars into the semi-finals of the 16U Babe Ruth World Series with a 3-0 victory over Wisconsin Fastpitch Academy Saturday in Jensen Beach Fl.

Boykin, one of eight Northside High School players on the squad, struck out eight and walked four in five innings.

“She was outstanding today and they couldn’t deal with her speed,” coach Reed Clark said. “She was blowing it by them and hitting her spots.”

The All-Stars scored two runs in the first inning as lead-off hitter Londyn Keech singled and Jorden Clark walked. Both later scored for a 2-0 lead, then Marah Massey homered in the second for a 3-0 advantage.

That’s all Boykin would need on the mound as the All-Stars improve to 5-1 for the tournament and 19-2 on the season.

They have a rematch with undefeated South Texas at 10 a.m. Sunday. Chocowinity lost, 11-6, in pool play on Wednesday. The winner advances to Monday’s championship game, while the loser has a chance for a re-match under the double elimination format.

“The girls had a bitter taste in their mouths after that game and are fired up for the chance to play them again,” Clark said. “They are a very good team, but our mistakes killed us Wednesday. If we cut out our errors and hit the ball, we’ll be fine.”