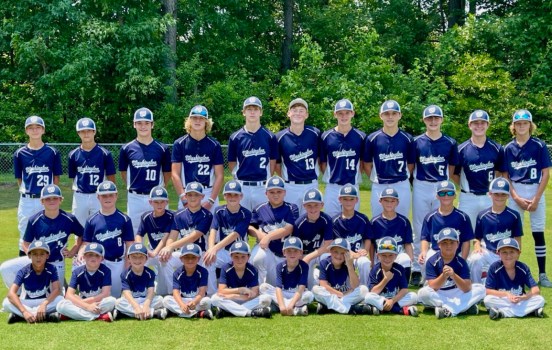 The Washington Youth Baseball League has three teams in the Tar Heel League state tournament in Williamston this week. The 8U All-Stars are in the front row, the 10U team is in the middle and the 15U squad is in the back. (Submitted photo) 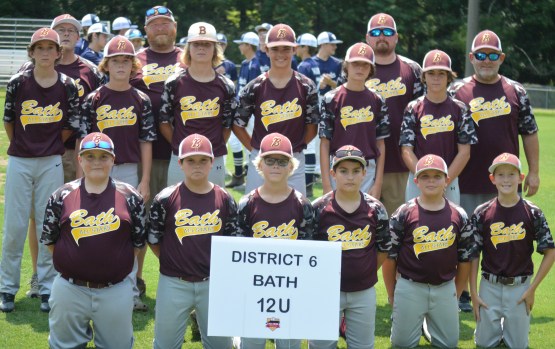 The Yancey County 8U and 10U All-Stars have the longest trip, while the three Washington teams and the Bath All-Stars can sleep in their own beds as the Tar Heel League youth baseball state tournament gets underway in Williamston this weekend.

40 teams from Granite Falls to Garner and from Shelby to South Johnston gathered under sweltering conditions for the opening ceremonies at Riverside High School’s football stadium Thursday afternoon with the first pitch in the 8U, 10U, 12U and 15U divisions following later in the day.

“It’s great for the players, coaches and parents to be back out here after COVID-19 forced us to cancel last year,” Washington Youth Baseball League president Will Tyson said. “It gives the kids something to play for after the regular season is over and it gives them a chance to see where they stack up against teams from around the state.”

There are 16 teams in the 8U division with eight in the other three with a double elimination format.

“It’s really cool for our boys to have this experience,” 8U coach Travis Rogerson said. “They see it as a chance to have some more fun playing baseball and making new friends, while we coaches see it as a chance to keep learning how to play under game conditions. We’ll make sure they have fun while they are learning.”

Three members of this years WYBL 15U team finished third in the 8U division seven years ago.

Tanner Moore, Jacob Spivey and Bryce Williams have stayed in the program all the way up and would like to go out on a winning note.

“Back then it was more about having fun, but this year we’d like to finish on a high note,” Moore said.

“It’s still just as fun, but we are more mature and have learned how to play, so we have a different take on it,” Williams added.

“I’m sure we are more serious about it now,” Spivey said. “It’s weird to think it’s our last time in this tournament, so we want to compete the best we can.”

All three plan to play at Washington High School in the spring.