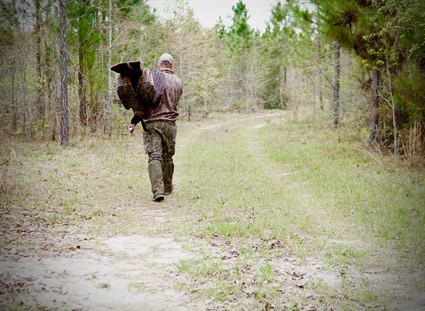 “Last year’s record harvest was almost certainly due in part to the COVID-19 pandemic, when stay-at-home orders and lifestyle changes led to a large increase in hunting pressure.  This year’s high harvest may be partly due to the ongoing pandemic, but it also likely resulted in part from 2019’s hatch that produced an abundance of turkeys across the state,” stated Chris Kreh, the Wildlife Commission’s upland game bird biologist.

To put this year’s wild turkey harvest in perspective, Kreh compared this year’s harvest to the average harvest of the last three years. Each season was five weeks, including one week for youth hunters under the age of 18. The results concluded:

The increase in harvest in the coastal region was also reflected in the top five counties where turkeys were harvested: Duplin (780), Pender (583), Bladen (526), Halifax (519) and Columbus (513). No other counties had more than 500 turkeys harvested.