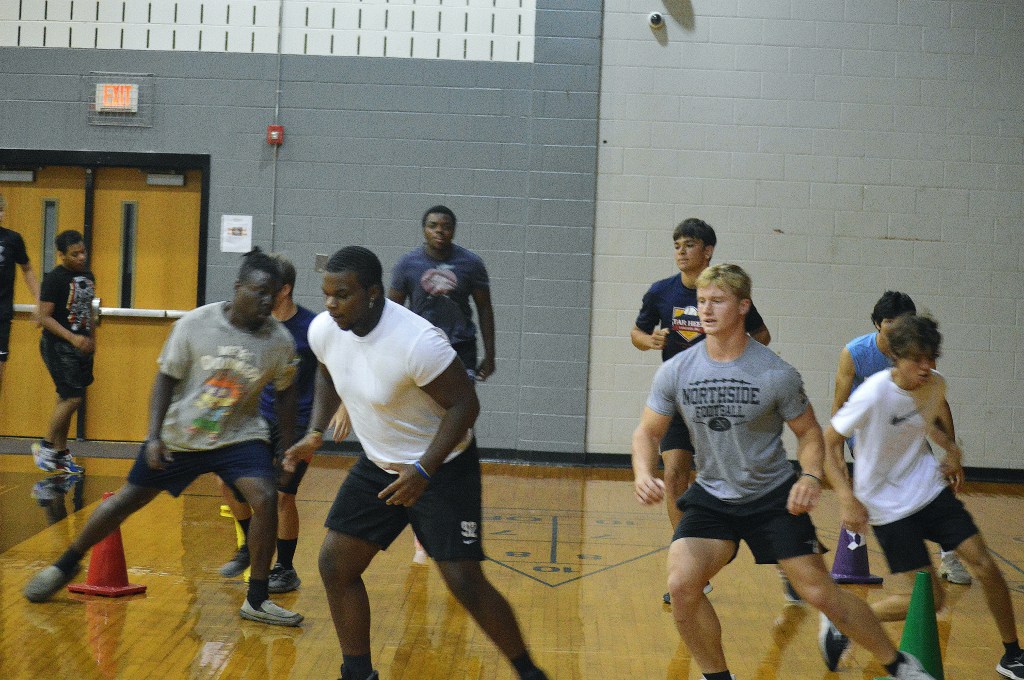 Summer workouts are over and official practice has started for the Beaufort County high school football teams.

It’s been almost a year since Pungo Christian Academy kicked off it’s somewhat normal 8-man fall season that ended in the NCISSA 1A state championship game, but only a short while since Northside did the same in the public school 1A title contest.

Washington and Southside joined the Raiders and Panthers on the practice field officially this week after two months of voluntary workouts.

“We started the Monday after the baseball season ended on Friday,” Northside’s Keith Boyd, who coached both sports, said. “It’s been pretty much non-stop since our season finally started, but we were sitting around wondering what was going to happen this time last year, so I’ll take it.”

The Panthers, along with the other county schools have been on the field or in the weight room three days a week since the beginning of June with two separate one week mandatory dead periods in July.

“We’ve seen 51 different faces over the summer, which is more than in the past,” Boyd said. “We averaged around 30 a day, which is great for the summer. It’s probably a combination of our success in the spring, COVID being over for most and fewer problems with academic ineligibility.”

Northside has holes to fill on both sides of the ball, but returns 13 seniors from the spring team, including senior quarterback Keifer Boyd and fullback Mitch Godley.

The Panthers will also have a junior varsity squad that is scheduled to play three to five games, depending on how many opponents field a JV team.

“We had enough veteran guys returning that we could hit the ground running with summer workouts,” Boyd said. “We have a good mix of young guys and a few newcomers who can also help us.”

One of the newcomers is senior Fortino Beltran, who led Pungo Christian in almost all categories as a tailback/receiver/linebacker.

Beltran racked up 1,213 all-purpose yards and 19 touchdowns in just six games, with a team-leading 69 tackles on defense.

“Fortino wants to play college football at some level and he felt like 11-man at Northside was the route he needed to go,” PCA assistant coach/athletic director Logan Van Staalduinen said. “He’s a great kid and we’ll miss him, but we support his decision.”

Northside, Southside and Washington will be part of the Beaufort County Jamboree at Southside Aug. 11. The scrimmage will feature five other teams and give all involved a chance to shake the rust off before opening night.

“It’s a good way to find our starting point,” Boyd said. “We have a good group of coachable guys who are eager to learn, but we’ll be able to tell a lot more when we line them up under the lights in the scrimmage.”