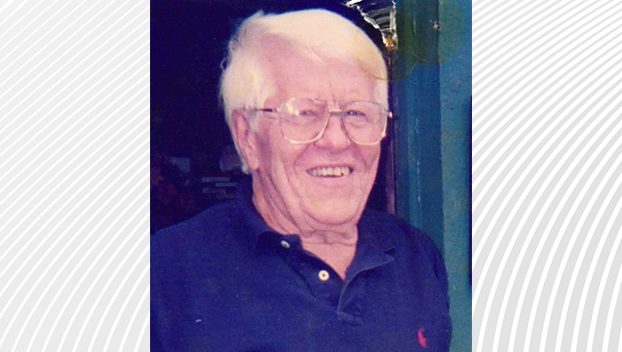 George Douglas Currin, age 88, a resident of the North Shores community, Washington, NC passed away peacefully at his home on Wednesday, August 4.

As per his request, the family will receive friends from 4:00-6:00 p.m. on Sunday, August 8, 2021 at the home of his daughter and son in law, Karyn and Frank Styers, 809 Isabella Avenue Extension, North Shores, Washington, NC in the house he and his wife built and raised their three children. A private memorial service for family will be held at a later date.

“Doug” (daddy, G-daddy, White Rat, and former mayor of Water Street) was born on January 24, 1933 to the late George W. and Gladys S. Currin in Highland Park, Michigan. His family moved to Washington, NC in 1936 after his father accepted a position with Maola Ice Cream Company. His father later purchased and operated the company and was joined by Doug in 1956.

Doug graduated from Washington High School in 1951. He served in the US Army and attended NC State and East Carolina Colleges.  On November 18, 1956 he married the former Annie Rebecca (Becky) Davis of Bath, NC in St. Thomas Episcopal Church, where they attended for many years and participated in the annual Bride and Groom Day.

Mr. Currin was the owner and operator of Maola Ice Cream Company of Washington, NC. He also owned The Sweet Shoppe on Water Street. People today still talk about the green punch slushies and all the donut goodies sold there.

Many people also remember him from his magic tricks, “famous magical tie,” and his many antics.

He was a veteran member and Past Master of Orr Lodge No. 104 A.F. & A.M. with more than 50 years of service to the Masonic fraternity, a member of the Washington Scottish Rite Masonic Bodies, Beaufort County Shrine Club, and former member of the Washington Moose Lodge No. 822 B.P.O.E. His fraternal activities were many and he devoted his best efforts on behalf of various charities, which included the Shriner’s Hospitals for the Crippled and Burned Children and Oxford Orphanage. He was also a member of the NC Dairy Association.

Doug was a former member of the Washington Chamber of Commerce, helped with many Washington Summer Festivals, Shrine Club Fish Fries, and the Beaufort County Crime Stoppers.

He was preceded in death by his parents and a sister, Joyce Currin Brett Sumner, father and mother in law, Walter and Jessie Davis, brother and sister in law, James and Margaret Davis, and brother in law, Braggy Davis.

Doug believed that anything could be fixed before buying something new. He loved to dance and he and Becky spent many hours on dance floors around the area. He also thought dessert was the best part of any meal! He spent many days on Bath Creek at the Cool Point cottage, where he and his wife Becky lived right after their marriage. On weekends you could see him on the paddle boat with a grandchild, relaxing on his Hobie Cat sailboat, pulling his children skiing through the years, and handing out popsicles and cotton candy to the neighborhood.  Doug obtained his private pilot license and would take his family on Sunday afternoon flights around the area.

The family wishes to express their sincere gratitude to the nurses and staff of Community Home Health Care and Hospice, especially Melissa Young and Velva Blount.

Paul Funeral Home & Crematory of Washington is honored to serve the Currin family.