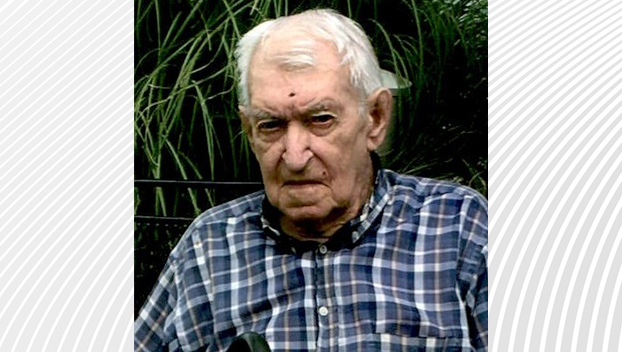 Graveside services will be held Saturday afternoon, August 7, 2021 at 3:00 PM at Oakdale Cemetery. Having spent 91 years, dispensing wisdom in all kinds of formats, personal sentiments and life reflections from over the past 50 years of them, will be memorialized by his son-in-law, Ty Carter.

After returning home, from active service and as a veteran from the US Army, serving his country in the Korean War in 1953; Davidson was married in Beaufort County, on April 1, 1961 to the former Naomi Faye Anderson where they started their life together. As an appliance repairman and spending well over 15 years working for local appliance companies such as Mallison’s Appliance Store, Heilig- Myers Furniture and Tru-Value Hardware, his longest term and most enjoyable career was with Alligood-Owens LP Gas, whom he represented for his last 12 to 15 years as a corporate work horse, he has pretty much been in or under most every house in the greater Beaufort Co., Pamlico Co. area. Once the box appliance stores faded out of brick-and-mortar business he decided to enjoy the last 30 years of his remaining working career working for himself. He was the President and CEO of “Duck’s Repair Service”, and he gave the Maytag repair man, a little company. He also served along the local industry colleague greats, such as Mr. Horace Mayo of Mayo TV and Appliance and Mr. Ralph Slade, General Appliance Repair. While appliances made back in the 50s to the 80s are not the same ones made today; that generation believed in conserving what you had via repair; and not just throwing out and replacing. Duck also had a very “green thumb” when it came to raising vegetables from his own private garden; he had the enate talent to grow some of the best tomatoes, cucumbers and the special pepper plants, that were hot enough to scorch paint… but he loved them and enjoyed sharing the fruits of his labors with his family and friends.

While early on in his marriage, Duck and Faye had two beautiful girls, who survive. First daughter, Susan A. Nichols and husband Mike Nichols, and their two sons, Hunter M. Nichols and Logan T. Nichols. Second daughter, Shannon D. Carter and her husband, Thomas M. “Ty” Carter all from Washington and their son, Joshua Thomas Carter and his wife Lisa Simorelli Carter of Raleigh. Davidson’s wife of 40 years, N. Faye Davidson, preceded him in death on Sept 15, 2001. Duck was the last of a generational family, that he shared with his brothers and sister, all of who preceded him in death, Alvin Davidson (VA), Leon Davidson, Walter (Buddy) Davidson, Mazel (H.C.) Bowen. Davidson’s half-brothers, William Henry Harris (Newport News, VA) and David Richard Harris (Washington) survive as well.

There will be a representative member from the US Military that will be offering live taps, as a public and last thanks for serving in the military.

Condolences may be addressed to family by visiting www.paulfuneralhome.com

Paul Funeral Home & Crematory of Washington is honored to serve the Davidson family.