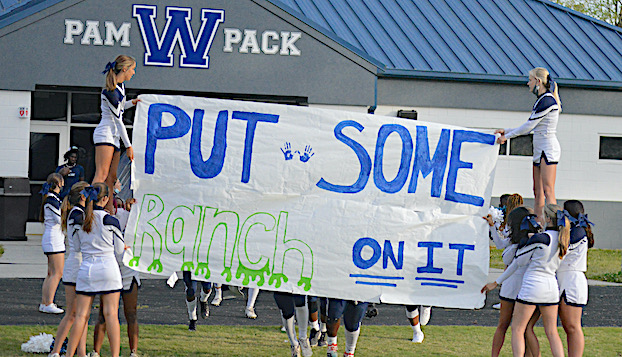 This is the seventh time in the last eight years the Pam Pack has claimed the conference cup.

“This is a great accomplishment for our coaching staff and athletes,” WHS athletic director Lane Raper said. “The coaches here at Washington take pride in what they do, and it shows on the field and classroom.  I have been a part of WHS athletics for 7 years and no sport is taken for granted.  We want the best for all our student athletes.”

Northside finished a close second to Pamlico County in the 1A Coastal Plains Conference.

Runner-up and third place finishes in multiple other sports helped Northside claim second ahead of Riverside, while Southside was fourth.

The conference will also undergo changes as Lejeune and East Carteret move in as Tarboro, Riverside and South Creek exit.

East Carteret was second in the Coastal 8 1A/2a league in 2020, while Lejeune was eighth.

“I’m proud of the way our coaches and athletes pushed through all the COVID-related things we had to deal with,” Panthers athletic director Jared Adams said. “We had a strong senior class and I’m happy they had a chance to complete their careers on the field. We had good coaches leading them, so it was a group effort all around.”