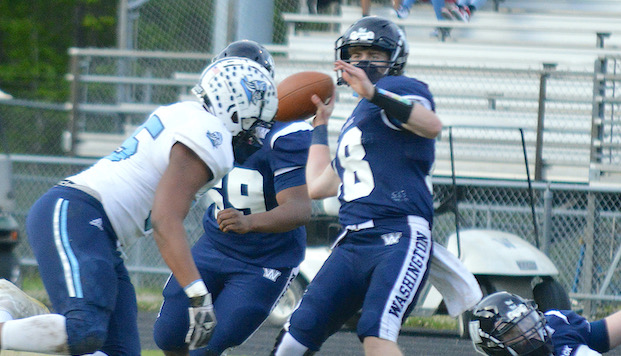 The Pam Pack is coming off back-to-back Eastern Carolina Conference titles, but members have changed along with the name.

“It’s always flattering for your program to be recognized in a positive way, but we want to be tops in the poll at the end also,” coach Perry Owens said. “Everybody always strives to be at the top, so it’s good in that sense. We are looking forward to getting started and excited for the challenge.”

“Those guys will get other teams attention, but we know it’s going to be a fight,” Owens said. “West Craven and SouthWest Edgecombe have proven they can win a conference title also and that’s why we are the top three. We probably have the best offense in the league, West Craven has the top defense without a doubt and Edgecombe has a winning tradition. I think whoever does the best against the other two will come out on top.”

The Pack opens the conference season at home against West Craven Sept. 24 coming off a bye week. They host Edgecombe Oct. 22nd in the final home game. The two meet each other in Pinetops the following Friday.

“Having them both at home will help, but we still have to play at a high level,” Owens said. “Our guys have put in the time and effort to meet those expectations. The seniors have never experienced a losing season and they want to go out on a high note.”