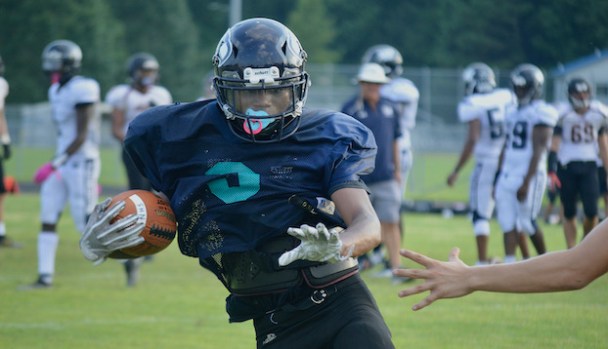 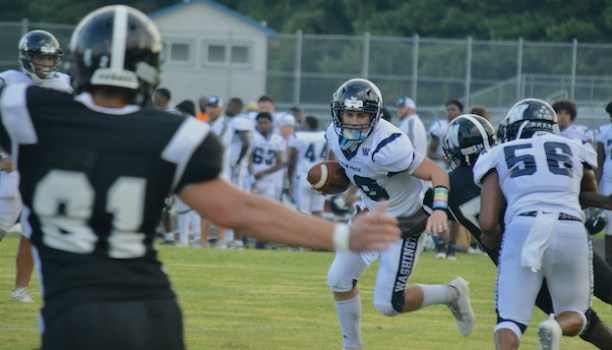 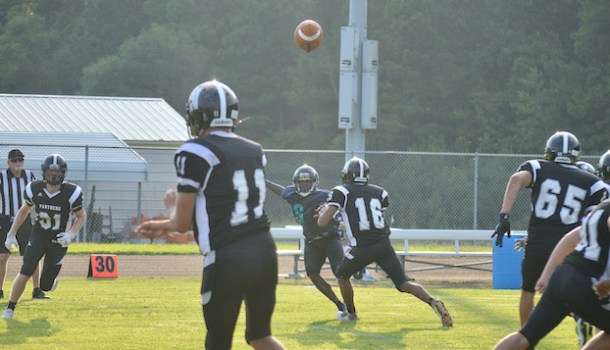 “It was fantastic to be back out here in uniform competing with another team,” said a smiling Northside coach Keith Boyd. “Our guys have beaten up on each other for a week or so now and it’s nice to hit somebody wearing a different colored uniform.”

The Panthers, the host Seahawks, Washington, Dixon and Jones Senior took turns going at each other during four separate 30-minute sessions of 20 plays-10 on offense and 10 on defense. The offenses started at the 40-yard lines, while the fifth team rested on the sideline.

Southside-Senior running back Kenjray Coffield had several scoring runs as did sophomore backfield mate Tequon Moore. Junior quarterback Walker Hill made a throw across his body while on the run for 30-plus yards in his varsity debut.

“It was a good mix of teams and we saw a different formation on both sides of the ball from each of them,” Southside coach Jeff Carrow said. “I saw some very good things from several guys and we are much improved from our spring season. Xavier Ham stood out on the offensive and defensive lines and Landon Jones did some good things on the front as well. Kenjray was in the flow early and made people miss. Tater (Moore) and Walker were solid as well.”

Northside-the Panthers looked crisp on both sides of the ball and maintained their enthusiasm throughout the humid evening. Senior quarterback Keifer Boyd threw the ball more than he did in the spring and found at least three different receivers for touchdowns.

“We did some good things for the first time out,” Boyd said. “We have something on film and will show the guys what they need to clean up. Mitch Godley and Elijah Covington ran the ball well for us, Keifer threw some good passes and our first team offensive line did a good job. The defense was solid, so it was a good night all around.”

“We loved being out here to help represent Beaufort County,” coach Perry Owens said. “We don’t see Northside and Southside much this time of year and it was fun to be around people I admire. Southside is much improved and looked really good against us. We had some explosive plays, but we had two touchdowns called back because of penalties. Hayes looked sharp on his three touchdowns and had good pocket presence. We got a lot out of it.”

The Northside-Southside session was fun for all involved, but neither coach would add to the Anchor Bowl hype.

“The kids enjoyed it, but we both tried different things,” Boyd said. “There’s always something extra playing your neighbor, but this is pre-season,” Carrow added.

Southside hosts the Anchor Bowl Oct. 8. The Seahawks opener vs. North Duplin has been moved to Aug. 23 from Aug. 20 because of COVID-19 issues within the Rebels program.