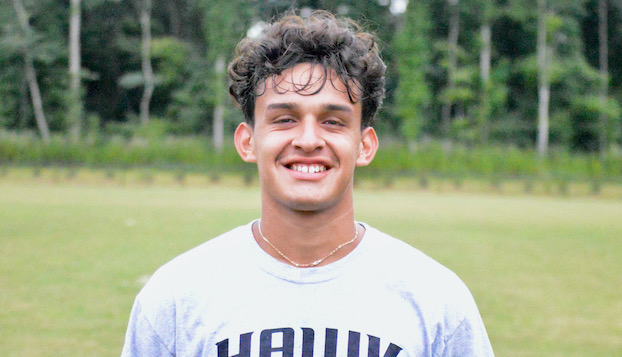 Since high school sports are back, so is High Five. Washington senior soccer player Bryan Martinez is up first. He helped the Pam Pack to the third round of the state playoffs during his COVID-19 delayed junior season that ended in March. The new season starts Monday at home against D.H. Conley.

Bryan: Everybody but the seniors who graduated kept working right after our season ended. We are in a lot better shape now than we were at the beginning of last season. We thought it would be a bad thing to start the season late last year, but it turned out ok because our group played together all summer.

Bryan: I’ve learned to be more responsible off the field. Being on the soccer team has helped me come out of my shell and develop my leadership skills. It’s also helped me stay away from negative influences away from the team.

Bryan: I started playing on an Optimist League team here in Washington when I was four. We wore green jerseys. I got my first medal, which was probably for participation, but it was still really cool. That’s when I started to develop my love for the sport.

Bryan: James Rodriguez from Real Madrid is my favorite along with several others.

Bryan: Actually going to school in person and getting to see my friends. Learning from a teacher in front of you is easier than trying to learn on a computer. I’m also focused on our season, which I think