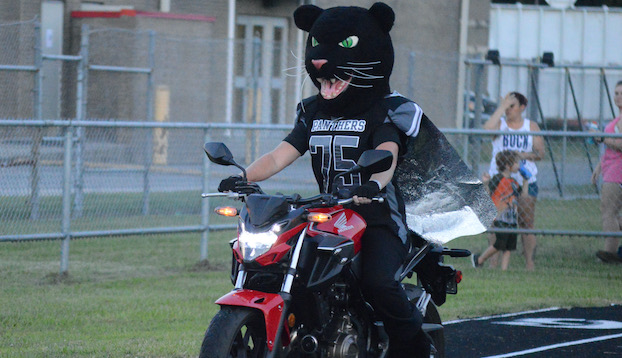 Washington, Northside and Southside prevailed on the road to stay undefeated in the second week of high school football action.

Terry Moore scored four touchdowns as the Pam Pack broke open a 15-0 game at halftime with 27 points in the third quarter to rout First Flight, 48-0, on the Outer Banks.

Moore had scoring runs of 65, 45 and 60 yards, then returned a punt 90 yards in the fourth quarter to cap the evening.

The Pam Pack (2-0) also had long scoring runs from Chris Carter (35 yards), quarterback Hayes Pippin (45 yards) and Kentari Gibbs-Leathers (55 yards) on the way to over 400 yards of total offense.

Northside pounded North Duplin 49-6, rolling up 385 yards rushing in the process to raise their record to 2-0

Fullback Mitch Godley had 135 yards and four touchdowns on 20 carries, while Marcus Clayton had 82 yards on six carries with a pair of touchdowns.

Southside won at Washington County 36-14 to go to 2-0. The Seahawks jumped out to a 22-0 lead behind touchdowns from tailback Kenjray Coffield (12 yards), quarterback Walker Hill (one yard) and fullback Jamie Corprew (four yards). Coffield had another scoring run of 58 yards and led the team with 127 yards on 10 carries. Sophomore Tequon (Tater) Moore returned a fumble 84 yards to round out the scoring.