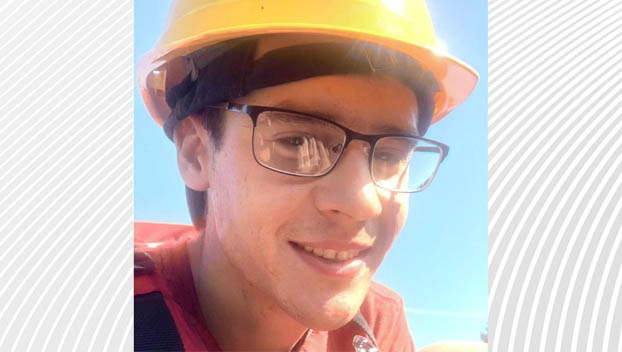 Steven Grant Brown, 26, was taken from us and this life far too early. Steven died doing something he loved. He was killed in a motorcycle accident Friday night, August 20, 2021. During Steven’s young life, he left his mark on all those he encountered. Steven was the best kind of friend. He lived life to the fullest. He pursued adventures in his life. Steven and a friend once surfed in a Virginia hurricane because the waves were as big as those he had surfed in California. He was an accomplished musician. He loved to play the guitar and compose music. Steven brought joy to those around him when he played and sang.

In Steven’s young life he brought a lot of fun and cheer to all he touched. All who knew Steven would say he had a personality of fiery spirit, great passion and youthful exuberance. He sought out friends’ company because they shared joy and laughter. A truly caring person, Steven placed the needs of others before his own. For this he will be remembered in the hearts of his family and friends forever.

Steven greatly loved his older brother Roy. Throughout the events, moves and travels of a military family, they were best friends. The first thing Stevie always asked was, “Where is Roy?” Roy and Steven shared many great quests together.

Steven was a skilled push-boat captain. He was working on a project to re-do the fish passages to re-establish spawning migration up the Cape Fear River. Steven was an Eagle Scout and loved the outdoors. He protected the environment and cared for the animals in it. He loved to fish but always released what he caught.

Steven learned to be a good mechanic from working on his beloved Jeep Cherokee. He also loved to work on his friends’ cars. He was always ready and willing to help with the repairs to get his friends back on the road.

Steven loved his family, friends, pets and loved music, the water and anything with a motor in it. As a family, we sailed, skied, traveled, camped, played and worked together. Steven, the memories of these joyful times are family treasures. Steven, in your short life you truly made your mark on the world, your family and friends. You will be loved and missed forever. Stevie, leave the “light on” until we are with you again.

There will be a Celebration of Steven’s Life here at his and his family’s home for his friends and family Sunday afternoon, August 29, 2021. There will be another private family memorial at the Brown family home in little Washington, NC, on the Pamlico River that Steven loved very much.

Online condolences may be left at http://www.jerniganwarren.com