Come for the art, stay for the beer 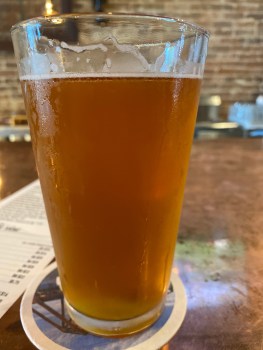 The impact of the 2020 census on rural America might best be summarized by a line from Bruce Springsteen’s song “My Hometown”: “Foreman says these jobs are going boys and they ain’t coming back.”

We’ve known for some time that small towns are bleeding jobs and people to the cities but lamenting the past won’t help us survive the future. And the future of our town is tourism.

A Tale of Two Towns

Port Townsend, Washington, and Washington, North Carolina are two small towns with the same size populations. They’re similar in other ways, as well.

In the 19th Century, Port Townsend was supposed to be the northern terminus of the Union Pacific Railroad. Enormous sums were invested in building Port Townsend’s waterfront – warehouses, hotels, bars, storefronts – and then the Union Pacific reneged. The town went into an economic coma that lasted a hundred years. It was too poor even to tear down its old buildings and begin again. But in time, those old buildings overlooking the Strait of Juan de Fuca became an asset. They were restored, new business begun, but still the town needed more than the 9,551 people who lived there to support the economy. They needed tourists and tourists needed something more than old architecture to draw them.

Port Townsend found its focus in wooden boats. The town became the center for wooden boat building and repair on the West Coast. That industry supports boat builders, sail makers, and an ecosystem of crafts people. The annual Port Townsend Wooden Boat Festival is one of the largest events of its kind attracting visitors from across the nation. And the tourists attracted by the city’s historic architecture, its scenery, and its wooden boat culture support the town’s economy. A rising tide floats all boats.

I’m not suggesting Washington embrace wooden boats – Beaufort already has that market locked – but there’s no small town that has yet earned the title of eastern North Carolina’s center for the arts.

The Business of Art

Admittedly, eastern North Carolina is a large area, but the numbers help reinforce the fact that art is a viable business that can attract tourists to Washington.

There is an even more immediate example of successfully marketing the arts – Asheville.

“The arts are a major part of Asheville’s magnetic pull for tourists. According to a 2017 Americans for the Arts survey, more than 64 percent of visitors to Buncombe County come to the area specifically for arts and cultural events (an educated guess: 98 percent stay for the beer.)” Diana C. Stoll, How Did Asheville Make the List of 40 Most Vibrant Arts Communities in America?

The Turnage Theater is a unique asset most small towns would envy but it’s not our only asset. I last counted seven art galleries and studios in Washington, and that’s not counting the number of artists in the area – a remarkable density of creative talent. That talent can be leveraged by marketing art-centered events to major urban areas in North Carolina. We just need the events.

So, come for the art, stay for the beer.

Charles Thrasher is an award-winning photographer and a member of the River Walk artists cooperative.