High Five-Braxton Boyd is the center of attention 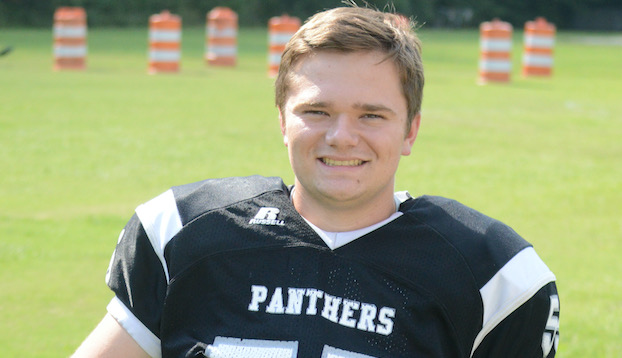 Northside center Braxton Boyd is usually far away from the spotlight. The 5’8 230 lb. senior is the anchor of the Panthers offensive line and shared his thoughts on football and a special meal he would like to host.

Braxton: I grew up in Pinetown and started playing in the Washington Youth Football League as soon as I was old enough. I played for my uncle Ray (Pippin). He put me on the offensive line and pretty soon I was the center. My cousin Hayes Pippin (the current Washington High School quarterback) was my first quarterback.

Braxton: We won two Super Bowls and lost the third one my last year before I started playing middle school ball at Bath Elementary. I was on the Panthers, Saints and Dolphins with Uncle Ray as my coach. He pretty much taught me everything I had learned about football to that point.

Braxton: Having to read the defense, snap the ball and get your blocking assignment right in about a second and a half. It’s easier to do than it was a few years ago, but I still have to be on my toes so the play has a chance to gain yardage.

Braxton: It meant the world to me. It was the best experience I’ve had even though we lost. My family has been Wolfpack fans my whole life, so it was really fun to play at Carter-Finley. I learned a life lesson about how far hard work can take you and we have to keep working so we can go back.

Braxton: Donald Trump, John F. Kennedy and my dad. I would serve steak and my dad and I would ask a ton of questions.

Note: this feature is called High Five, but this reporter is a particular fan of the next answer, so it’s included as a bonus.