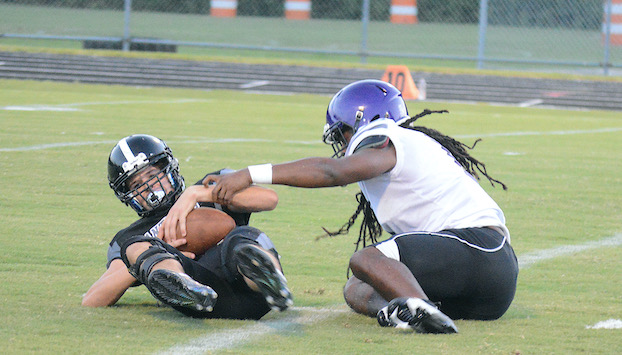 Northside’s 46-0 rout of South Creek was the only game for Beaufort County teams last week. Southside was off because of COVID-19 problems within the Riverside program, Washington didn’t play because of an untimely death with the program and Pungo Christian had a scheduled bye week. So, this week’s Top Three belongs to the Panthers.

Best of the Rest: Junior linebacker Briley Cooper’s fumble recovery at the South Creek 20-yard line set up the Panthers second touchdown. He also finished the game at quarterback and ran 10 yards for the final TD in the third quarter.

Senior Fortino Beltran scored a pair of touchdowns on runs of 20 and four yards. Junior Carson Clinkscales recovered a fumble that led to a touchdown and Holloway led the defense with seven tackles, including two for loss.

The Panthers travel to Rosewood Friday in a rematch of their 35-34 first round 1A state playoff victory in April. Southside has a bye week, while Pungo Christian hosts Bethel Christian. Washington’s opponent has not been determined yet.