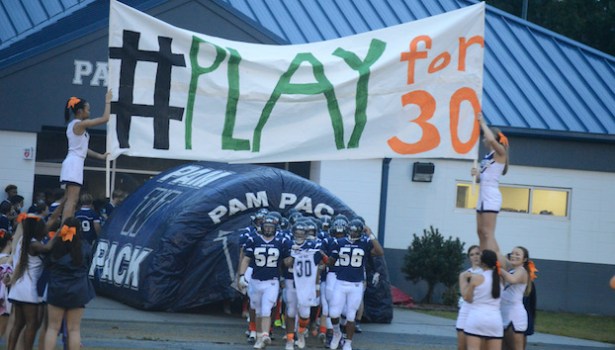 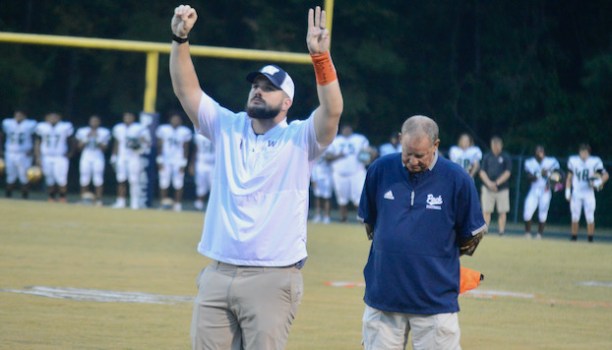 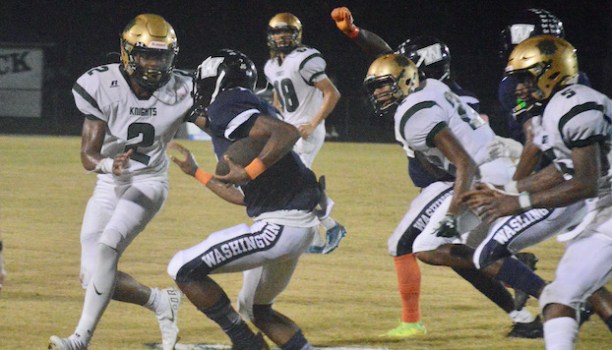 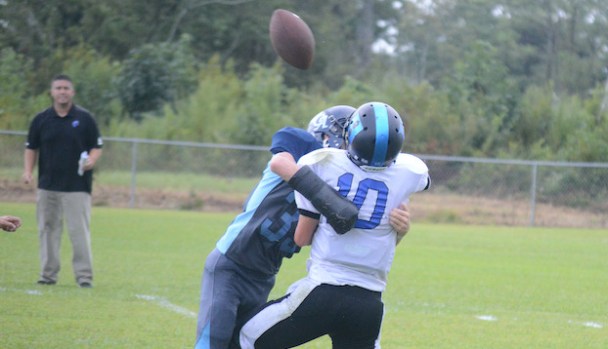 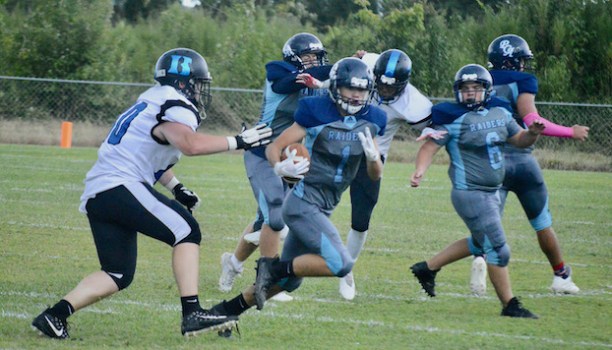 All three county teams in action Friday had to play at least part of the game in the rain, making for a soggy evening.

Northside had to scramble to find an opponent after Rosewood canceled their game set for Friday. Croatan agreed to make the trip to Pinetown, saving the Panthers a long bus ride.

Northside came away with a 34-14 victory, thanks to 326 yards rushing, 147 from senior Mitch Godley.

Fortino Beltran finished with 94 yards, including one of 78 yards and scored twice as Northside moved to 4-1.

Washington honored former kicker Jackson Griffin, who passed away last week, in a pre-game ceremony before a 69-36 loss to 3A Northern Nash.

The game was tied 21-21 in the second quarter before the Knights scored twice for a 35-21 halftime lead, then broke the game open in the second half to hand the Pam Pack (2-1) its first loss.

“It’s been a rough 10 days for our kids and it showed tonight,” coach Perry Owens said. “Our raw emotions and not having a stable week of practice caught up to us in the second half. We will learn and start preparing for West Craven to start the conference season next week. We will be better going forward.”

Pungo Christian had a physical battle with Bethel Christian of Greenville in a 32-12 defeat. The Raiders (0-2) trailed 8-6 at halftime and 16-12 after three quarters before allowing a pair of touchdowns in the final 12 minutes.

“We lost Josh Reynolds to an injury in the third quarter and that really hurt our defense,” coach Stacey Keech said. “He’s our leader on the field and we couldn’t get big stops after he went out. I was very pleased with how physical our defense was until that point.”

Southside had the night off.