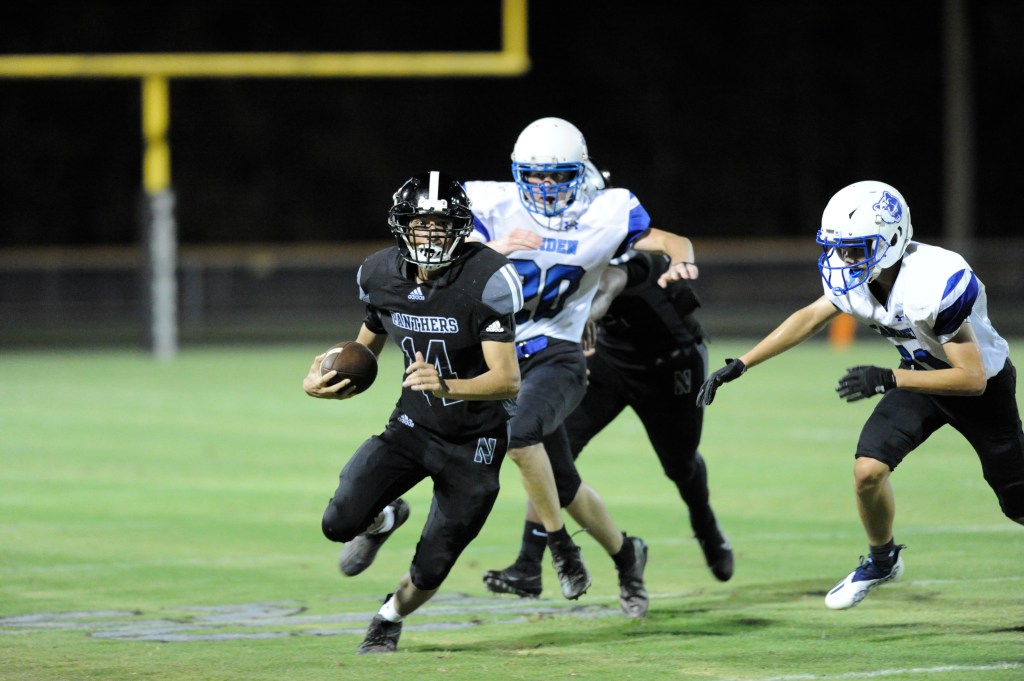 It was a soggy Friday night in Beaufort County, but the games went on as scheduled, with standout performances on both sides of the ball.

Best of the Rest-Washington senior tailback Terry Moore totaled 114 yards rushing on 12 carries with two touchdowns in the loss to Northern Nash. Tight End Messiah Ebron caught three passes for 71 yards, including a 54-yarder and senior kicker Ridge Zerniak made all four of his extra point attempts. Sophomore Gary Payne intercepted a pass and scored from 30 yards out.

Pungo Christian: Connor Sweet ran for 120 yards on 12 carries and scored both touchdowns in a 32-12 home loss to Bethel Christian. Quarterback Tristan Mann had 74 yards rushing on 11 carries. Ethan Mann led the defense with 11 tackles and recovered a fumble. Dillon Smith recorded eight tackles and a sack, while Stephen Pugh had six tackles and a pair of sacks.

Southside (3-0) had the night off, but is back in action against Swansboro Friday at home. Washington (2-1) opens conference play at home against West Craven, while Northside (4-1) has a bye week.