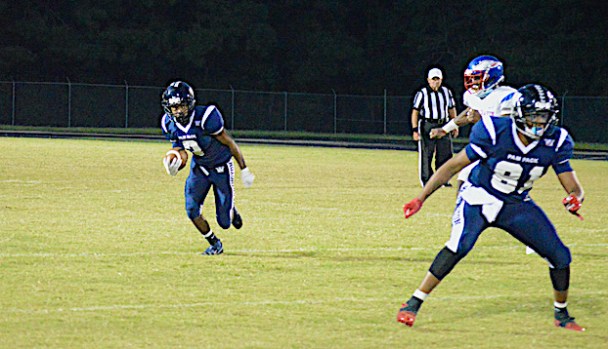 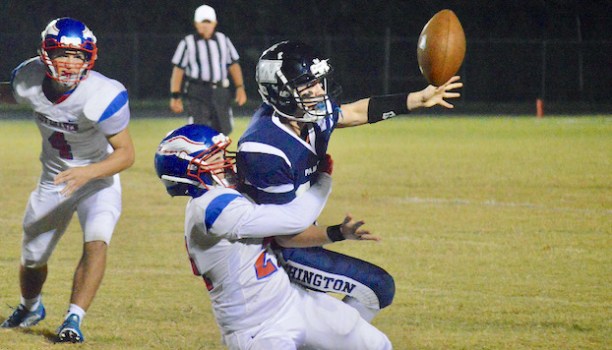 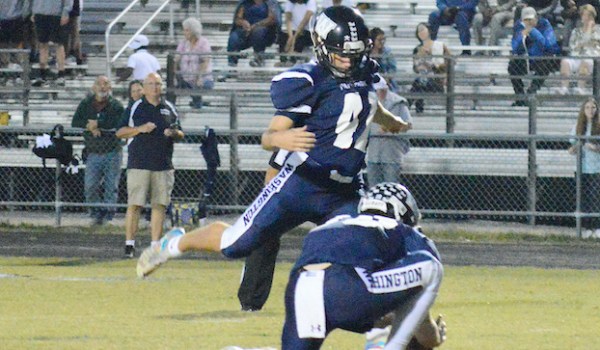 The Washington defense played better, but the offense couldn’t convert in key situations as the Pam Pack fell, 26-7, to West Craven Friday night at home.

The Pack (2-2) was coming off a loss to Northern Nash in which the defense allowed 69 points and over 600 yards. They cut those totals in half and came up with a fumble and an interception, but the offense couldn’t convert the extra chances into points.

“I thought we looked much better on defense,” coach Perry Owens said. “We were right there (down 13-7) coming out of halftime, had the ball at midfield to start, then couldn’t convert and had to punt. They scored, we fumbled and they scored again and that was the ballgame. I’ll give West Craven the credit because they played well. We had too many dropped passes and missed opportunities.”

It was the Eagles first victory after three losses to open the season.

Terry Moore raced 35 yards to tie the game at seven midway through the first quarter for Washington’s only touchdown.