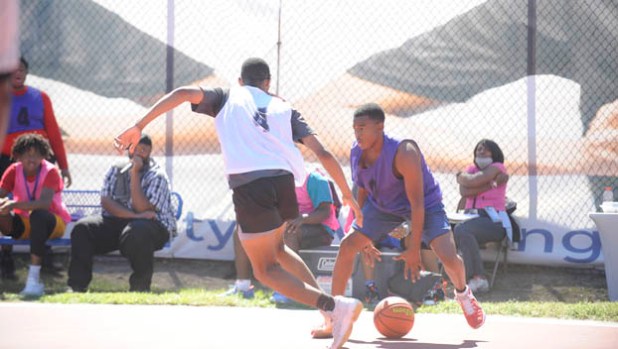 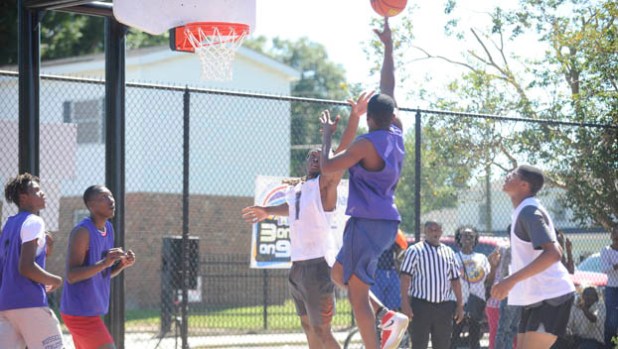 “This was a brainchild of mine to bring something positive to the Old Fort community, because we had courts resurfaced during COVID when we had to shut everything down,” Dunn said. “So we just wanted to do something for the kids, and that turned into a scholarship program, an opportunity to raise funds for kids that live in public housing or Section 8.”

Dunn said John Lampkins played a key role in recruiting players and generating interest in the event, which drew a crowd of spectators who watched the games and visited food trucks set up near the court.

“It’s a beautiful day. It’s not scorching hot, and there’s no Washington rain,” Dunn laughed. “I would love to see more community and resident support, but I think that will come over time because this is something we’ll definitely be doing again. For our first one out, I could not be happier with what we have.”