Cause of fire that destroyed convenience store under investigation 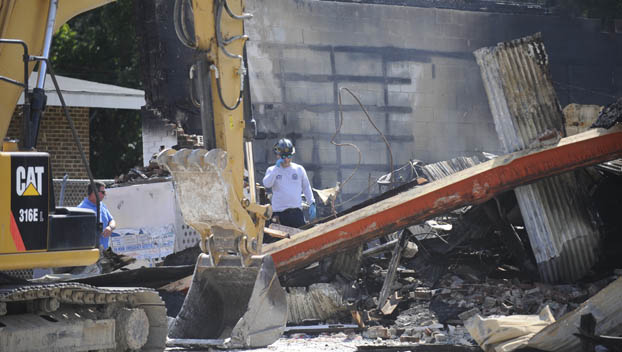 Investigators were still working Monday afternoon to determine the cause of a fire that destroyed the Kwik Mart building on Third Street in Washington early Monday morning.

The building was engulfed in flames when first responders arrived at the location around 3:45 a.m. on Monday morning. The City of Washington reported that two firefighters were injured when a nearby wall collapsed. Both were being treated and were expected to recover.

The State Bureau of Investigation and the Bureau of Alcohol, Tobacco, Firearms and Explosives were on the scene Monday afternoon. The roof had caved in, so crews were working on removing that debris before continuing their investigation into the cause of the fire.