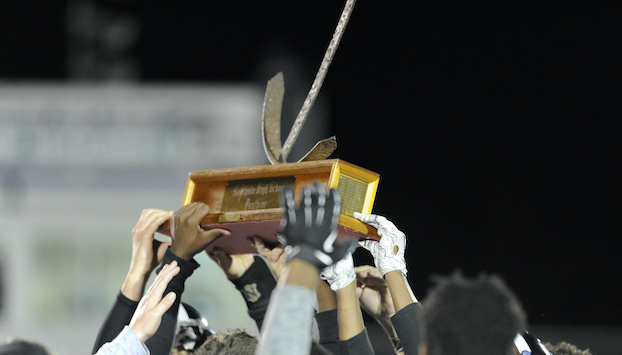 Bragging rights are often enough to get the winning side through the winter, but much more is on the line Friday night at Southside High School when the Seahawks host Northside with the Anchor Bowl up for grabs.

Both teams are 1-0 in the Coastal Plains 1A/2A, tied with Jones Sr, but the Beaufort County teams have played a tougher non-conference slate and are on track to finish first and second in the league.

Conference placement determines seeding for the 1A playoffs and both teams want home field advantage for as long as they can.

“Some years the trophy is the only thing on the line, but not this year,” Northside coach Keith Boyd said. “We think the winner will be in the driver’s seat the rest of the way and we need this win if we want to stay home for the playoffs.”

The Panthers (5-1) also want the Anchor Bowl to stay in their trophy case for the third straight season, while the Seahawks (5-0) seniors want to win it for the first time.

“It’s a big deal to bring it back over here,” receiver/defensive back Brandon Clark said. “It’s exciting that we are playing here and I think there will be a big crowd. Our team is a lot better this year and we know Northside is good again, so it will be fun to go against them.”

It also started a trend of the visiting team winning. Starting in 2004, the home team has won only four times. Northside’s home win during the spring season was its first since ’04.

Two men have been a part of all 20 Seahawks-Panthers Anchor Bowls. Boyd has prowled the Panthers sideline as an assistant or head coach and Southside trainer Otis Harrell has been on call on the other side.

“It’s always a crazy game,” Harrell said. “It doesn’t matter if both teams are really good or really bad, which has happened. The kids are excited to play against each other and its good for the county to have a rivalry game.”

Both sides agree that it’s a friendly rivalry.

“Coach Boyd and I are friends and have a lot of respect for each other,” Southside head coach Jeff Carrow said. “Same goes for the kids. There is some chatter during the game, but we shake hands after and always respect each other. We pulled for them in the championship game in the spring and I’m sure they would if we made it.”

That’s how former Washington Daily News Publisher Brownie Futrell and sports editor Mo Krochmal envisioned it when they dreamed up the annual game in 1989.

Northside senior lineman Landon Cahoon is planning on the trophy staying right where it is.

“This is my third year on varsity and I want to keep looking at it,” he said. “They are our cross-river rivals and we talk to them about it a little after the season. We can also be proud of it when we are older and come back for reunions.”

Southside leads the all-time series, 13-7, and Washington won eight of the first 12 Anchor Bowls against the Panthers.