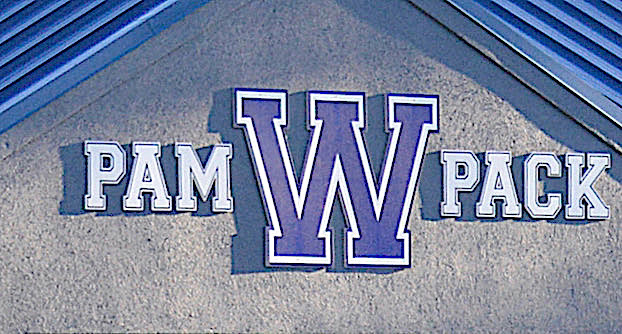 The Pam Pack raised their record to 5-2 and 2-1 in the Eastern Plains 2A conference behind West Craven, while the Rams dropped to 1-3 in the league and 3-4 overall.

Neither defense could come up with a stop in the first half as a 15-8 WHS first quarter lead turned into a 38-34 halftime advantage. Greene Central failed to convert on three tries for two points after touchdowns in the first half, but marched 70 yards to start the second to take a 40-38 lead.

Senior Kentari Gibbs-Leathers turned the game in Washington’s favor with a 60-yard scoring run, then broke one for 80 yards after the Pack’s Gary Payne came up with a sack to stop Greene Central on downs.  That turned the two point deficit into a 51-40 advantage.

“it was a big play at the right time,” Coach Perry Owens said. “We have a young defense that made plays when we needed them.”

“We started Terry at receiver and Kentari stepped up,” Owens said. “He’s a great kid who works hard and he carried the load for us tonight.”

Pippin, the WHS quarterback, threw scoring passes to William Reid, Christian Norman and Terry Moore in the first half and also scored on a 15-yard run.

“Hayes was tremendous on both sides of the ball tonight,” Owens said. “He continues to grow and has given us elite play lately.”

Moore added a 53-yard scoring jaunt in the first half.

After a stretch of three victories in eight days, Washington is back in action Friday for a key conference game at North Pitt.