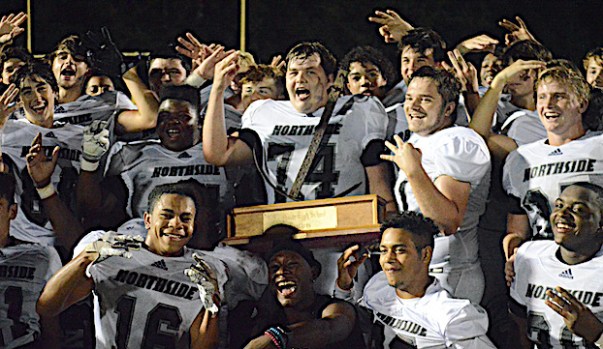 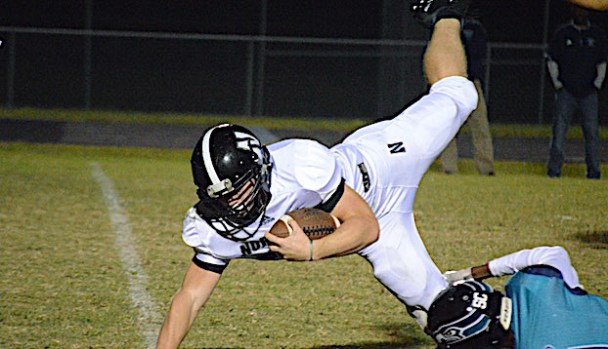 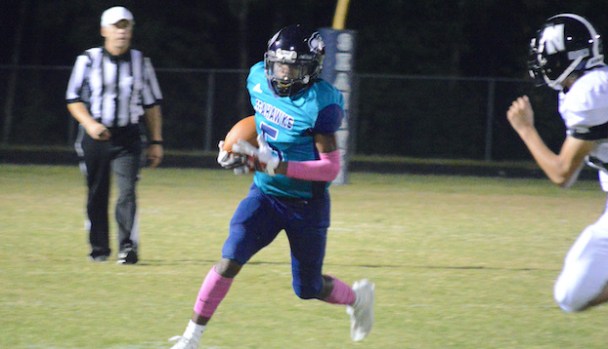 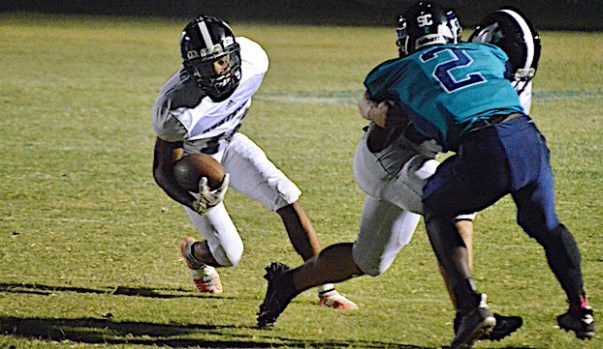 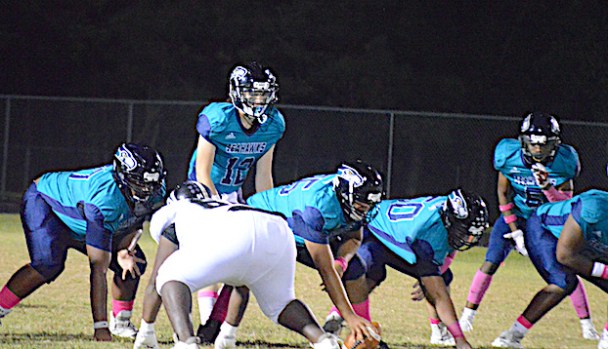 The Anchor Bowl is staying in the Northside trophy case.

The fired-up Panthers exploded out of the gate with touchdowns on their first three offensive possessions on the way to a 26-6 victory at Southside in the 33rd Anchor Bowl Monday night.

Northside (6-1) won the trophy for the third straight year and the fourth in the last five. Southside leads the series 13-8, as the Panthers faced Washington High School in the first 12 games.

“It feels really good to win it again,” senior quarterback Keifer Boyd said. “Southside is a very good team and we knew we had to come out ready to play. This puts us in a good position to win the conference and have home field advantage in the playoffs, so it was a huge win for us. It wouldn’t surprise me at all to see Southside again.”

The Seahawks (5-1) fumbled on their opening possession, giving Northside (6-1) the ball at their 48-yard line. Senior fullback Mitch Godley converted on fourth down and one, then capped the drive with a one yard scoring run.

The Panthers defense held on fourth down on the next possession, then tailback Marcus Clayton made it 13-0 on a 33-yard touchdown jaunt.

The defense forced a Southside punt on the ensuing possession and senior Fortino Beltran sprinted 42 yards to the end zone on the second play for a 19-0 lead early in the second quarter.

“Our defense gave us the momentum with the fumble recovery, then holding on downs and our offense took advantage,” Northside coach Keith Boyd said. “We had six great days to prepare for this and our Friday and Saturday practices were really good. I am very proud of the way our guys played tonight against a very good Southside team.”

Southside had a chance to turn the tide just before halftime, as junior Walker Hill faked a punt and threw a 48 yard strike to Manvonte DeLoach in the endzone. However, the Seahawks were flagged for holding and went to the locker room scoreless for the first time this fall.

“We had way too many breakdowns and were very sloppy,” coach Jeff Carrow said. “We hurt ourselves with way too many penalties, didn’t block well and didn’t get off the line well. You can’t do those things against a team like Northside and expect to win.”

Clayton scored on a 21-yard run with under eight minutes left before the Seahawks got on the board.

Hill was under heavy pressure and ran backward 10 yards before finding DeLoach, who had slipped behind the defense, for a 40-yard touchdown catch.

Clayton came up with a diving interception at the Southside 41-yard line to seal the win and give the Panthers a 2-0 conference record with three games left.

“We put ourselves in a good spot tonight, but we can’t look too far ahead,” Keith Boyd said. “We have to keep working, stay humble and focus on one game at a time to get where we want to go.”

Godley led the Panthers with 134 yards on 25 carries as Northside had 270 total yards. Clayton finished with 75 yards on seven carries, while Beltran had 61 on eight attempts.

Godley led the defense with 10 tackles from his linebacker spot, while Clayton and Carson Clinkscales each had nine.

It’s a short week for both as Northside is at Jones Sr., while Southside travels to Lejeune.