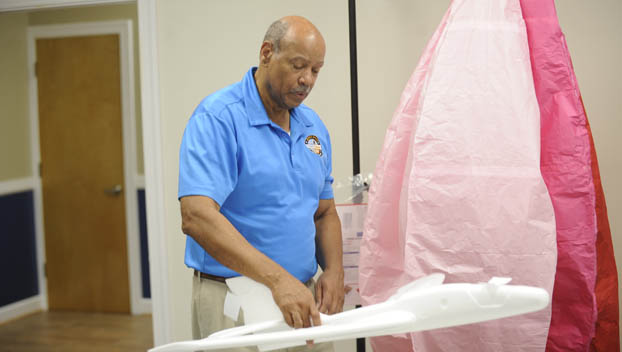 The Inner Banks STEM CENTER is receiving approximately $250,000 in grant funding that president Alvin Powell says will help the nonprofit start a new program while also keeping current ones in place.

The STEM Center earned a $180,000 grant from the Burroughs Wellcome Fund’s Student Stem Enrichment Program. That money will be paid out over the course of three years. Powell said the center will use that money to start a program titled “Exploring renewable energy sources using artificial intelligence.” The program will introduce students to four types of renewable energy: radiant solar energy, wind energy, hydro energy and magnetism.

“The students will then have to select one of the energy sources being explored herein and formulate an hypothesis regarding which renewable energy selection would work and be cost effective,” a supporting document reads. “This project will feature a stimulating curriculum that will use visualization methodologies, hands-on, project-based experiments, basic data-mining research components and role playing as an entrepreneur designing a renewable energy facility.”

Powell said there’s already a high amount of interest in the new program.

“This new project seemed very timely,” he added, “particularly when there are so many careers in green technology. So what we’ll be doing is not only giving kids — seventh, eighth and ninth-graders — to think about the future, but also giving them an idea of the skillsets they’ll need so they can be hired.”

Powell said the new program will help the STEM Center continue its efforts not only to get students on the path to employment, but also potentially give them opportunities to keep their careers in Beaufort County and contribute to the local economy.

NASA, North Carolina A&T and ECU are partnering with the STEM Center on the new program.

The STEM Center is also receiving a $67,000 grant from the Tom Davis fund. That money will help sustain the center’s existing aviation program.

Powell said the grants will help the STEM Center continue a trend of success that has weathered the COVID-19 pandemic.

“This year we had our most progressive series of STEM programs ever,” Powell said.