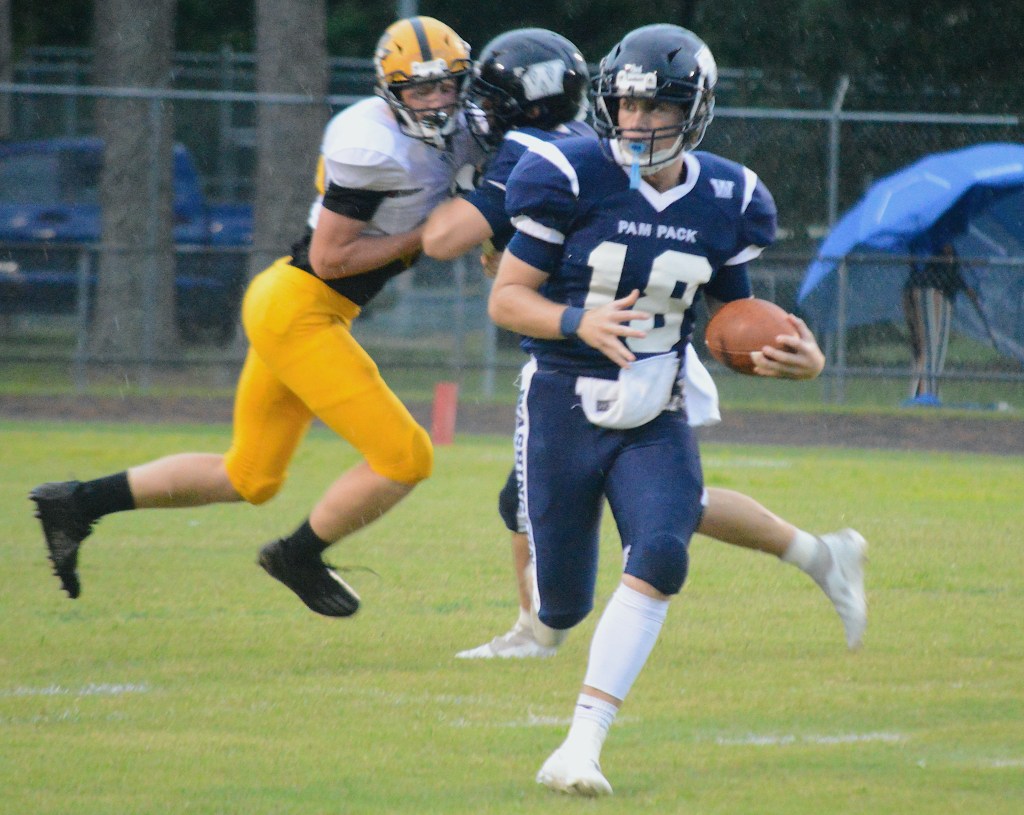 There were plenty of superlative performances from Beaufort County football players as the week stretched into Monday’s Anchor Bowl showdown at Southside.

Pippin completed all 11 of his passes for 155 yards and two touchdowns, ran five times for 68 yards and another touchdown and also intercepted a pass from his safety position that stopped the Rams last scoring drive in a 58-40 victory. Pippin has completed 29 of 37 passes in the last three games with eight touchdowns and no interceptions.

Best of the Rest: Washington: Senior tailbacks Terry Moore and Kentari Gibbs-Leathers were too much for Greene Central. Moore had 158 yards on eight carries and a touchdown, while Gibbs-Leathers chalked up 153 yards on seven tries and scored twice. Christian Norman and William Reid each caught a touchdown pass. Romel Knight led the defense with 14 tackles, while Gabe Davis had 11.

Pungo Christian-Quarterback Tristan Mann ran 10 times for 134 yards and scored once and also threw two touchdown passes in the Raiders 54-34 loss at Community Christian in Wilson. His brother Ethan, ran for 84 yards, scored a touchdown and converted a pair of two point tries.