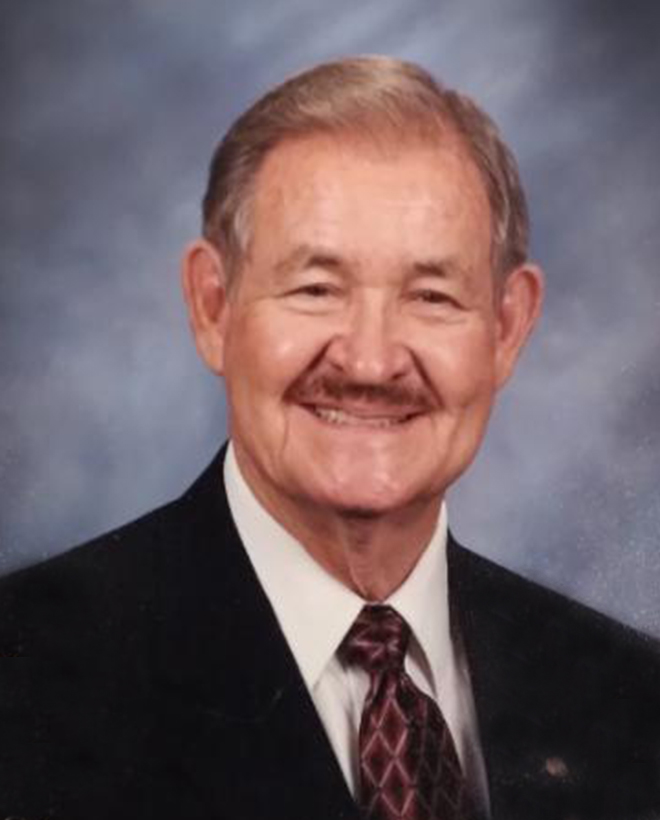 GREENVILLE — Garland Lindsay Beddard passed away from this life to another with a faithful promise from his Lord and Savior.
The funeral service will be held on Friday at 10 am in the Elm Grove Free Will Baptist Church. Burial will follow in Homestead Memorial Gardens. The family will receive friends from 9 am to 10 am at the church.
He was the youngest of nine siblings from the small farming community of Littlefield south of Ayden, NC. He knew at an early age that farming was not his calling. Upon graduating from Ayden High School he obtained a job with the NC Highway Safety Department, then as a NC Weigh Station Operator. After completion of NC Highway Patrol School he worked as an inspector for the License and Theft Division. He obtained the promotion of NC DMV District Supervisor until his retirement in 1991 with over 40 years of service. Garland was an instructor who taught many DMV enforcement classes to numerous agencies local and state.
He was a Life Member of the Greenville Moose Lodge 883 for over 50 years and obtained the highest degree as Pilgrim. He was active in the Jaycees, receiving the “Distinguished Service Award” for outstanding service to his community. He received the “Long Leaf Pine Award” given by the NC Governor in 1991. He served as the treasure for the Pitt County Law Enforcement Association from1973 until 1998. Garland served on the SECU Advisory Board for many years. He was an active member of the State Employee’s Association for over 50 years and was proud to serve at any capacity. He also served on the Ayden Planning Board. He always wanted to give back to the community and state that gave him his rewarding career.
One of his more important decisions was accepting Christ as his personal Savior at an early age. He served many years in churches wherever he lived and took on many leadership roles, Sunday School teacher, Sunday School Superintendent, choir member and Deacon. He was a member of Elm Grove Free Will Baptist Church where he began as a child and ended as an adult. He loved to sing, especially to health care workers. One of his favorite hymns was “In Times Like These”.
He is preceded in death by his parents, Johnnie and Willie; his wife, Mary; brothers, JT (Elma), William, Walter (Gladys); sisters, Edna (Ernest), Thelma, (Charlie), Lucille (Gerald), Nan, and Betty Sue.
He is survived by his children, Steve (Cathy), and Lindsay (Kay); grandchildren, Jared (Andrea), Kelsey Keeny (Jeremy), wife Pat; step children, Ricky (Beatriz), Reggie (Sue) and many nieces and nephews.
He expresses many thanks to his compassionate wife, Pat and care givers along the way. Especially Lisa, Suzie and Elaine, and also the staff at Croatan Memory Care of New Bern, NC. Their tireless efforts will not be forgotten by his family. He can’t express enough thanks for all the cards, visits and prayers from family, friends and his Pastor Frankie Baggett.
In lieu of flowers memorial donations may be made to Mooseheart Moose Charities, 155 S. International Drive, Mooseheart, IL 60539 or to Elm Grove FWB Church, Building Fund, 5403 Weyerhaeuser Rd., Ayden, NC 28513.

Arrangements are by Farmer Funeral Service.
Online condolences at www.wilkersonfuneralhome.com