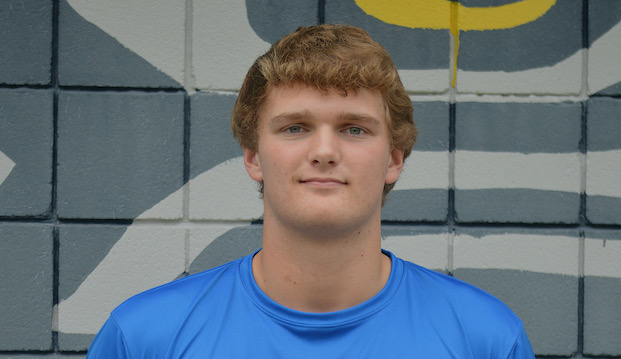 Shawn Gerard plays three sports at Southside High School. The Blount’s Creek native is a football tight end, a basketball forward and a baseball catcher. He hopes to play college baseball after helping the Seahawks win their first baseball playoff game this spring. He has a 4.28 GPA as a member of the Beta Club and likes to fish, work out and play video games when he’s not playing a sport or studying.

Shawn: I got hurt my freshman year and decided not to play after that. My friends and Coach Carrow were been encouraging me to come back, so I did. It’s been a lot of fun having success with my friends. Summer workouts were a grind, but it’s been worth it. We are looking forward to making a deep playoff run.

Shawn: We learned from the film that we have to get lower on our tackles, not turn the ball over and execute our plays better. I thought we were a little flat and we need to be hyped up and ready to go from the start. I think losing woke us up a little bit and we’ll use it as motivation the rest of the way. Northside is a very good team and we’re looking forward to playing them again in the playoffs.

Shawn: Baseball. I started in T-Ball when I was four and have been playing ever since. I was a shortstop-second baseman until I was nine, when my dad switched me to catcher. It was hard at first, but I like it a lot now because you have to know the situations and have the game in front of you. I like working with the pitcher to get his best performance. You also have to learn to accept failure and keeping looking forward. I’ve learned to have a short memory while I’m playing.

Shawn: I’ve been a Red Sox fan since 2013 when they won the World Series. David Ortiz was my favorite player, then Mookie Betts and now it’s Xander Bogaerts. I saw them play in Fenway Park against the White Sox when I was 13. Mitch Moreland hit a walk-off home run in the 12th inning. It was really cool.

Shawn: I’d like to play college baseball, but I’m not sure where. Engineering and law enforcement like my dad and uncles are options for majors. Everything is pretty wide open right now.