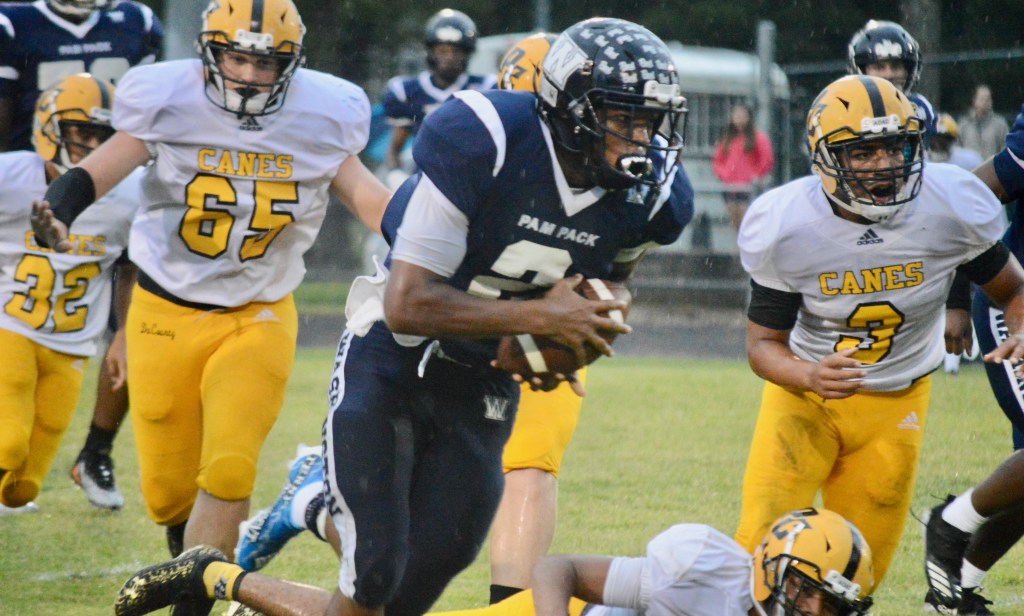 Washington used four touchdowns from senior running back Terry Moore to knock off North Pitt, 37-22 in Bethel. The Pack (6-2, 3-1) won for the fourth straight time and pulled into a second place tie with the Panthers (6-2, 3-1) behind West Craven in the Eastern Plains Conference race.

Moore put the Pack up 7-0 with an 11 yard scoring run after the defense stopped North Pitt to begin the contest. He made it 15-0 on a six-yard jaunt just before halftime.

North Pitt took a 16-15 lead with two third quarter touchdowns, but WHS quarterback Hayes Pippin answered with a 46-yard scoring pass to Moore for a 23-16 lead they never relinquished.

“Our guys responded very well after we got behind,” Coach Perry Owens said. “That was a big road win against a quality opponent. Terry (Moore) was outstanding and so was our young defense. They answered the bell all night and I’m proud of our effort and fight.”

Moore made it 30-16 on a 35-yard run, then Pippen found tight end Messiah Ebron for a 10 yard pass to go up 37-16 before North Pitt scored on the final play to set the final score.

Northside rolled over Jones Senior, 47-0 to go to 7-1 overall and 3-0 in league play. Fullback Mitch Godley had 12 carries for 113 yards and scored twice, Marcus Clayton added 89 yards and a pair of touchdowns, while Fortino Beltran also had a rushing touchdown.