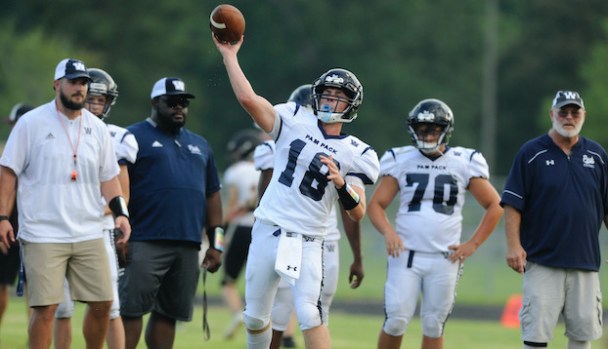 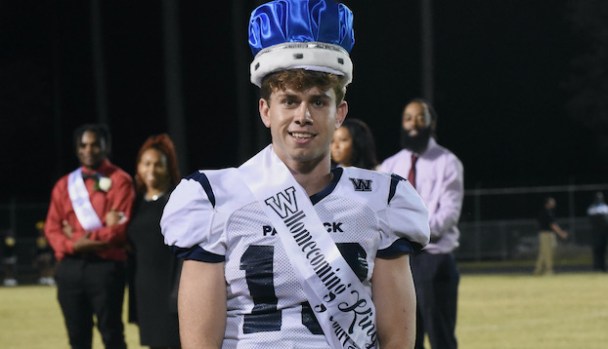 Washington High School’s senior quarterback knows his time directing the Pam Pack’s high-scoring offense is limited and he wants to keep the window open for as long as possible.

Hayes Pippin has been the focal point of whatever offense he’s run since he stepped under center in the Washington Youth Football League when he was six years old.

Up through the ranks he went, from flag to youth tackle, to P.S. Jones Middle School, the WHS JV and now to his second and final season with the varsity.

Championships seem to follow, starting with the WYFL Super Bowl champion Saints, through middle school, two JV conference titles and last year’s wild, overtime league-clinching victory versus Kinston to a trip to the 2A East finals.

“He is what you want in a senior quarterback,” WHS coach Perry Owens said. “He was surrounded by excellent running backs last year, so we ran the ball most of the time. We are more balanced this year, so he’s had a chance to throw more and run it himself on the option. We also have more experienced receivers, but he’s the one reading the defense and calling the shots at the line of scrimmage.”

The Pack averaged 37 points a game last year on the way to the Eastern finals, but have turned it up a notch this fall, averaging 45.4 points through the first seven games.

In the wins over Farmville Central, Northampton and Greene Central, Pippin raised his game even more by throwing eight touchdowns without an interception and completing 80% of his passes.

“I’m more comfortable since it’s my second year running this offense,” Pippin said. “I watched more film and worked out harder this summer to get ready. I knew I was going to have a bigger role and wanted to be as prepared as possible.”

Pippin has also stepped in to play safety on defense and had a key interception late in the Greene Central win and returned a fumble 70 yards for a touchdown against Northampton.

In addition, he is the Pam Pack’s long snapper on punts, which is rare for a quarterback.

“My dad, (WHS defensive end and special teams coach Ray Pippin) was a long snapper for Catawba College and he taught me,” Pippin said. “I look through my legs at the punter before the snap. The first step forward after the snap is important because it helps deflect the contact that I know is coming.”

Pippin also plays basketball and baseball for the Pam Pack, but says football has always been first.

“It was my first game as a seventh-grader at P.S. Jones when it really hit me how much responsibility a quarterback has,” Pippin said. “We were playing A.G. Cox and they were huge. They scored on the first drive and my teammates were looking at me to get us started. We had Terry (Moore) and Jaden (Hambric, Class of ’20) so it wasn’t too hard to get to the endzone. We ended up winning and playing quarterback has been really fun since then.”

His crowning achievement so far during his senior season was being named Homecoming King during the Farmville Central game. Listed at 6’0, 175 lbs. the National Honor Society member hopes to play some level of college football, but has unfinished business at WHS.

“I couldn’t believe it when called my name for King,” Pippin said. “It’s pretty cool, but it would be even cooler if we could go past where we did in the spring. I’d love to play somewhere in college, but we have team goals to meet here first.”