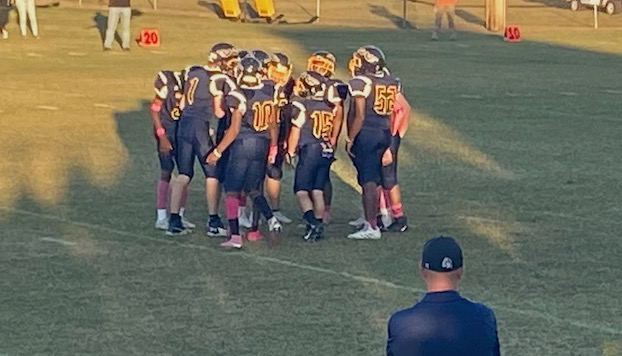 The Indians huddle up during their victory over Bath as coach Alan Swain looks on. (Contributed photo)

The Indians finished the season 7-0.