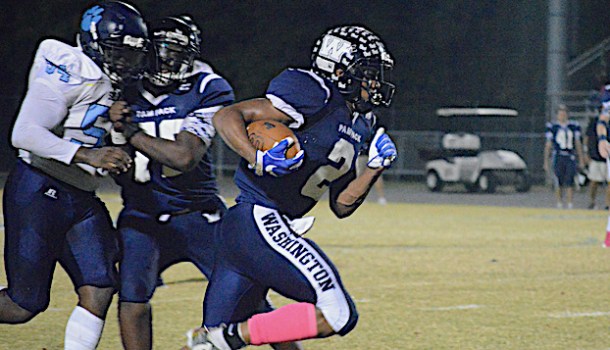 Washington High School’s Terry Moore did a little of everything in Friday’s 42-22 victory over SouthWest Edgecombe on Senior Night. (Steve Barnes/Washington Daily News) 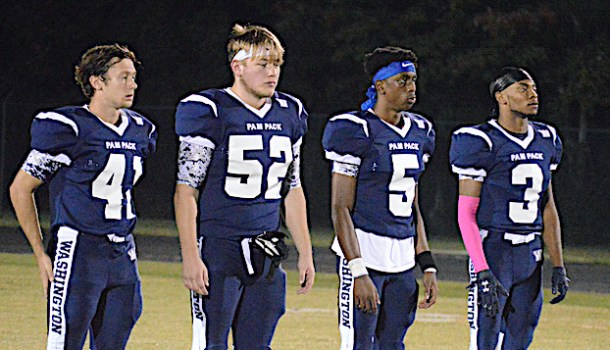 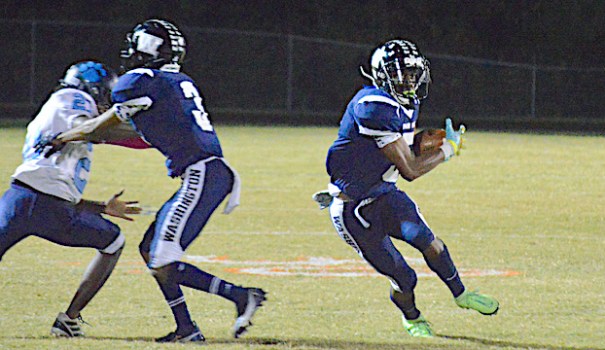 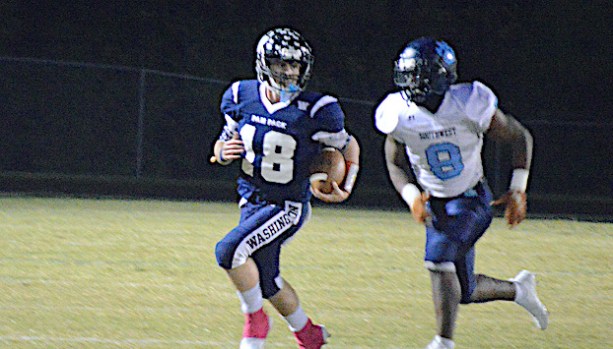 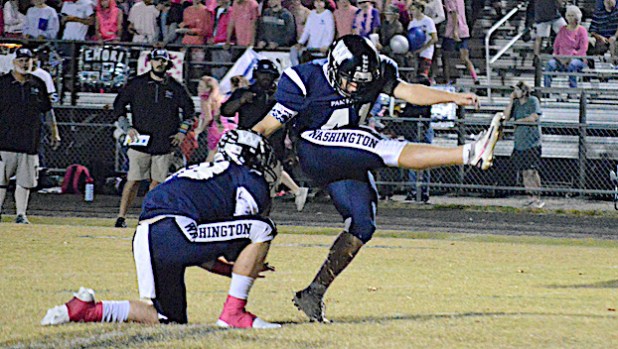 The Pam Pack won for the fifth straight time, 42-22 over SouthWest Edgecombe to go to 7-2 overall and 4-2 in the Eastern Plains 2A Conference.

Senior Terry Moore scored on runs of 23, 64, 40 and two yards before throwing a 15-yard touchdown pass to quarterback Hayes Pippin on a trick play.

“There are a lot of defenders watching Terry wherever he goes, so we thought we could get Hayes open,” coach Perry Owens said. “They are both good athletes and they pulled it off.”

The key sequence happened in the second quarter. The Cougars (3-5, 2-2) recovered a WHS fumble at the Washington 45, but the Pam Pack defense held on fourth down and 15. The offense marched 60 yards to paydirt for a 29-14 halftime lead.

“Our defense was huge on that series,” Owens said. “We have five defensive starters out with injuries, so I’m proud of our young guys who stepped up. Terry (Moore), Hayes (Pippin) and Messiah Ebron, all seniors, have pulled double duty for us and they were great as well.”

The Panthers had 235 yards rushing, seven different players scored and Chase Tomani made all seven of his extra kicks.

Southside shut out East Carteret, 28-0, in a rain-shortened game in Chocowinity.

Tequon Moore and Manvonte DeLoach returned interceptions for touchdowns, while Kenjray Coffield found the endzone twice as the Seahawks raised their record to 6-1, while East Carteret dropped to 3-4.