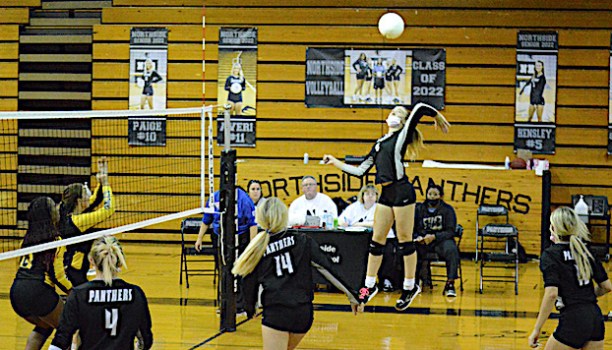 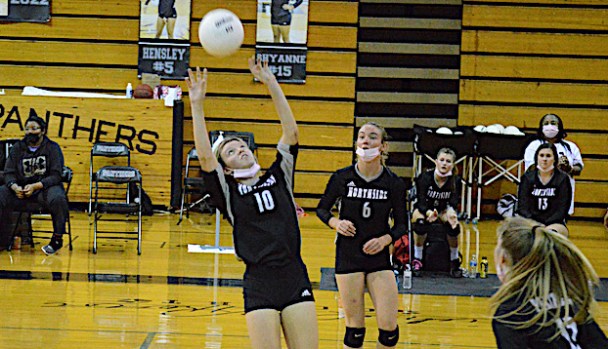 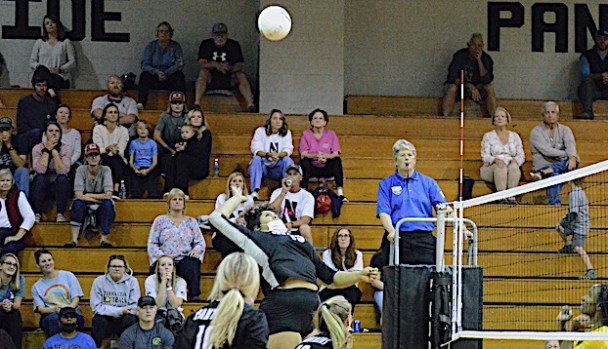 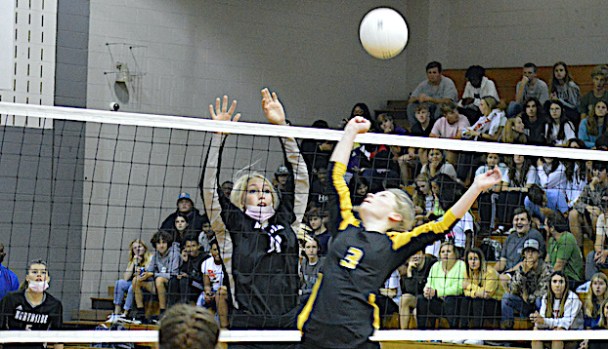 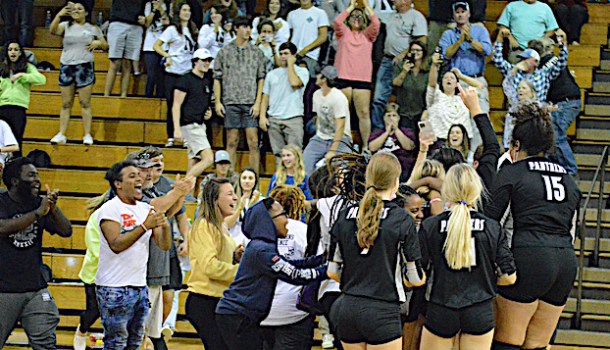 The Panthers celebrate with their classmates after a five-set victory over Pamlico County to advance to the third round of the state playoffs. (Steve Barnes/Washington Daily News)

Northside’s volleyball team almost ended prematurely several times Tuesday night, but the Panthers mustered one last comeback to advance to the third round of the 1A state volleyball playoffs.

“They have dominated our conference for a long time, so this is huge for our program,” Northside coach Michelle Leathers said. “They played hard, but we never quit and dug deep to make things go our way at the end.”

The Hurricanes jumped out quickly in the third set and fought off a late comeback to take a 2- lead.

Northside kept its season alive with a fourth set win, then promptly fell behind 5-1 in the tiebreaker.

“Our saying in practice is “to get your mind right” Leathers said. “That means focus on each play and execute, which is exactly what we did.”

There were four ties after the Panthers wiped out the early deficit, then Hannah Baker’s kill made it 15-14. The Hurricanes couldn’t convert to extend the match and the celebration began.

“To beat a team like Pamlico three times in one season is amazing and I’m very proud of our team,” Leathers said. “This will give us confidence the rest of the way because we know we can always come back.”

11th seeded Oxford Charter is next Thursday night. The Griffins are 20-4 overall.